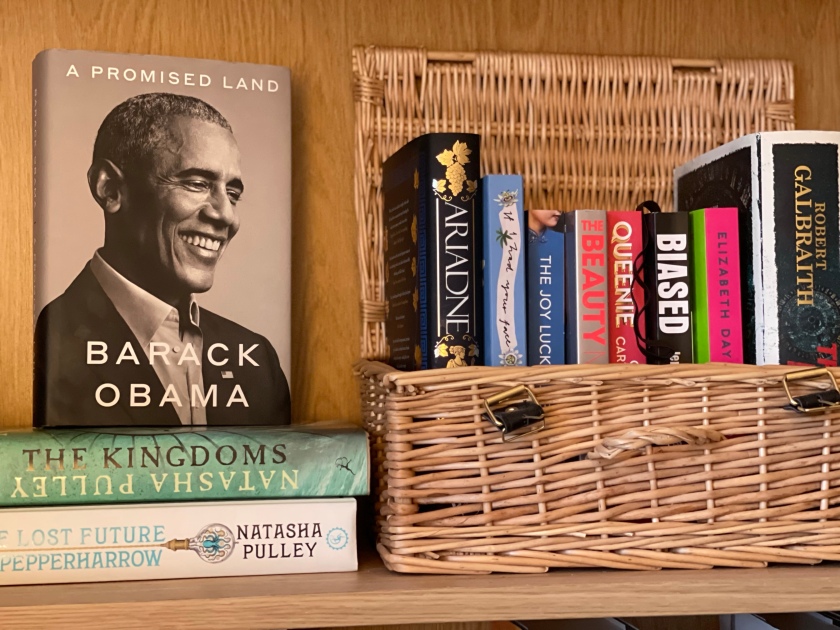 Heavy is the head that wears the crown.

The release of Barack Obama’s memoir, A Promised Land, coincided with some of the most tumultuous months of my professional life, when I was grappling with my own aspirations, fears, and stresses as a leader. I bought it because I thought, who better to take lessons on how to lead than from a man who had to battle against history and more than a hundred years’ worth of ingrained prejudice to become the leader of the free world?

And for all its heft (the damn book is thick enough that you can kill a small rat with it), and for all that the man behind it is probably one of the most influential people to ever walk this earth, there is so much about A Promised Land that is relatable. It was a comfort to me when I was barely keeping it together after a particularly gruelling shift, or when I was incoherent with rage over some slight that I had (probably) blown out of proportion, to know that President Obama pretty much went through the same thing in his eight years as Commander-in-chief.

Okay, so he might have been a bit more poised and dignified during a crisis, and I’m sure there were far less trips to Chinatown for stress eating, and not as much boohooing over the fact that someone said mean and untrue things about him behind his back (although in his case, they probably said mean things about him TO HIS FACE).

But yeah, the man had good days and bad days. Just like me.

Some weeks it feels like the bad days outnumber the good, to be honest. There are times when I ask myself why anyone in their right mind would ever want to be a leader. What is the point? Its a thankless job where your mistakes are magnified and your successes largely go unnoticed. On any given day, I would have at least twenty conversations with twenty different people, all revolving around three central themes: some people are keen to point out the things I’m doing wrong, others will point out the things that I could be doing better, and then there are those who will simply complain that I’m not doing enough.

Some days are filled with difficult yet professional conversations with people whose principles are so fundamentally opposite to mine its a wonder I don’t lose my shit within 5 minutes of talking to them. On days when I really can’t be bothered to be professional, I walk away while I still can, hide in the relative privacy of an empty operating theatre, and release all my pent-up aggression by throwing around sets that weigh at least 6 kilos each and making lots and lots of banging noises.

I can’t switch off. I find myself thinking about staffing while I’m going for a run along the river, I think of competency booklets when I’m eating sushi, and where sweet dreams of Prince Charming should be, there’s the ever-present nightmare of missing consignments and empty shelves in the storeroom. The never-ending stream of problems play a constant refrain in my head, a more persistent earworm than my favourite Taylor Swift song.

Most days it feels like you’re just plugging a hole on a sinking ship, knowing with full certainty that your brilliant ideas and good intentions could still pave the way to a watery hell.

Okay, wow, that was a cheery thought.

I tried writing this blog with my usual optimism, I really did. But each and every time, I encountered the worst sort of writer’s block BECAUSE to write something positive when I’m feeling quite the opposite feels false and inauthentic. I feel like it is almost my duty to take a realistic view of what being a leader means now that I’ve had more years of experience being one. It’s not easy. It exacts a heavy toll on you. And sometimes you’ll want to give up. Just throw in the towel and leave the problems for someone else to solve.

What I can tell you with all honesty is that, if you were really born to lead, you won’t be able to help yourself. You care too much about your work and the people you work with to stay on the sidelines when an opportunity to change something for the better presents itself. You feel so strongly about the people who look to you for leadership that you wouldn’t want to let them down, and you will do all in your power to fight the battles that they can’t fight, because unlike them you are actually in the position to do so.

Finally, in the midst of the string of bad days, you will find that one perfect day when everything goes right, when you are reminded of why you wanted this so badly in the first place, when you see the fruits of your labours and realise you are actually making a difference. And isn’t that really why we beat on against the current when its so much easier to just swim with the tides?

A Promised Land is an inspiring memoir from a man that I really can’t help but admire, and totally worth the month it took for me to finish it.