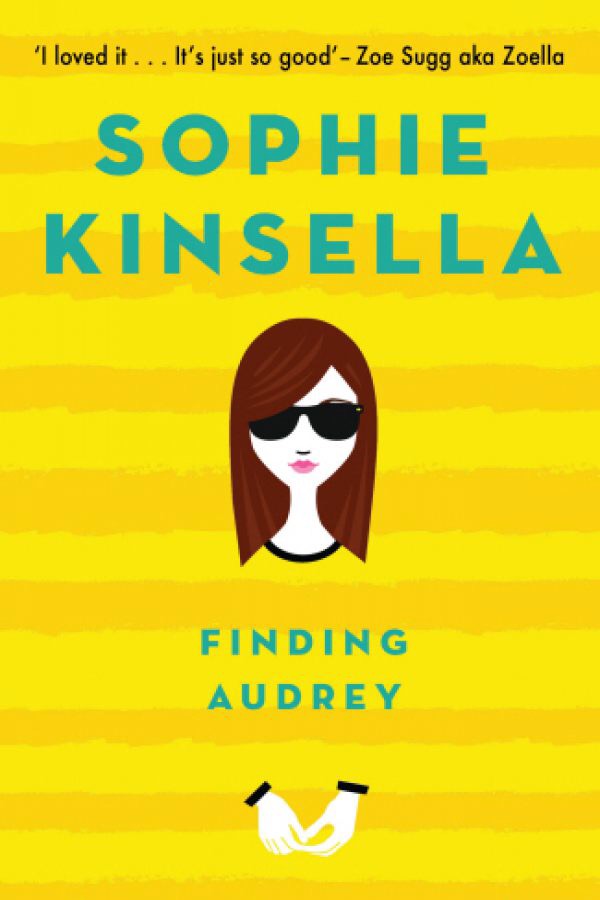 I see no shame in an almost-30 year old reading young adult books. Partly because in some ways I’m perpetually stuck in adolescence, but mostly because there are still things we can learn from them.

Finding Audrey is a lighthearted book that deals with some heavy issues. Its never quite clear what kind of trauma Audrey went through although its implied that she was bullied by some of the more popular girls and the school did nothing about it. She developed general and social anxiety as well as depression because of it. She hasn’t been out of the house for a year and she wears dark sunglasses everywhere because looking into people’s eyes without a barrier give her palpitations.

Most people underestimate eyes. For a start, they’re powerful. They have range. You focus on someone thirty metres away, through a whole bunch of people, and they know you’re looking at them. What other bit of human anatomy can do that?

Anyway, she’s in therapy and she’s taking baby steps to get better. She meets her brother’s friend Linus who somehow gets past her barriers by finding ways to talk to her that won’t make her anxious. They start off with writing notes and then she eventually gets the courage to buy a mobile phone so they can text.

I was skeptical about this at first because I though that Ms Kinsella will try to make us believe that love (teenage love at that) will somehow magically cure mental illness. Because that’s what it is: an illness. Chemicals in your body are actually causing you to have these thoughts so its useless for people to tell you to just snap out of it. People who are living with this illness are aware these thoughts are unreasonable but they can’t control it, not without help. So no, I don’t think there’s a love affair out there that is more powerful than clonazepam. Or prozac.

But Sophie Kinsella dealt with that in a nice way. The love story was almost an aside, an addition to the journey that Audrey took to find herself again. In fact, the bulk of this book was made up of Audrey’s family, who are hilarious. There’s a fun side story about how parents suddenly forget how to talk to their kids once they reach puberty and that’s something we can all relate to. How many times as teenagers did we think or say the words ‘you don’t understand!’ in relation to our parents? Almost every damn day. I think teenagers are the most selfish people in the world, and the most self-centred. Thank goodness we mostly grow out of it.

Anyway, this is a fun book to read. There were lots of laugh out loud moments. I gave it a three-star in Goodreads because it tended to be too abrupt on some of the developments and I feel like nothing was really resolved. And yes, as much as I know love its not the next big cure for depression I can’t help but wish we got a little more of the love story. But i really enjoyed going through this journey with Audrey.