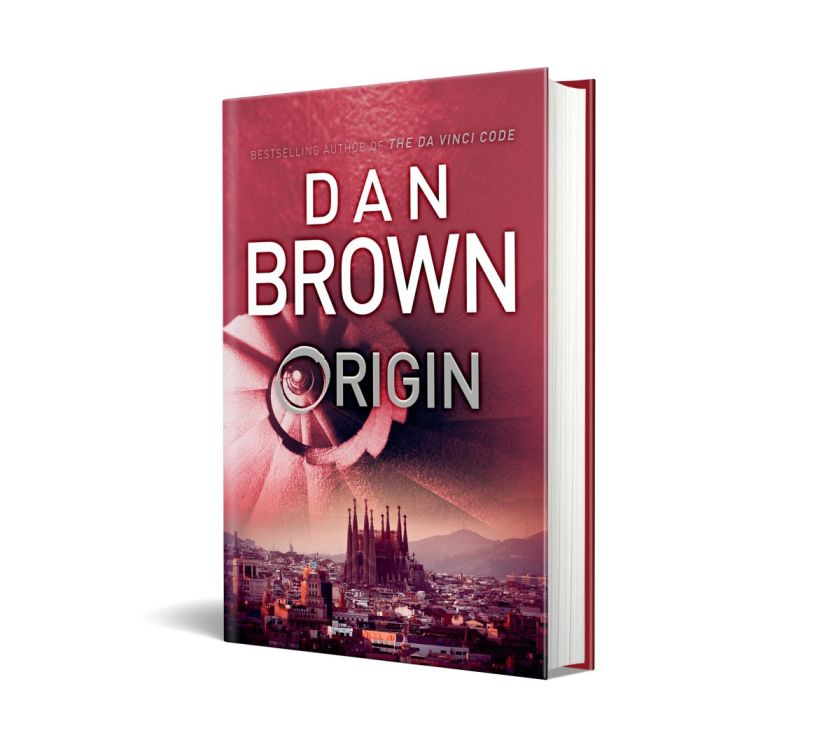 It’s weirdly fitting that I finished and am reviewing this book on Sunday, a day known to Christians the world over as the day of the Lord.

The premise of the book is quite simple and a little bit formulaic in my opinion. But hey, if it ain’t broke don’t fix it right? Dan Brown has sold millions of copies of these Robert Langdon books that he should know by now that if you just stick to the plan, you’re good.

As per usual Robert Langdon is invited to an event, this time by his former student, Edmond Kirsch, an influential man who is renowned in the scientific world as a pioneer and a prophet. Edmond has promised to reveal a groundbreaking research that will rock the very foundation of religious belief. However, things take a sinister turn before he can do so and it is up to Robert, and inevitably a female companion, to search through the clues left by this enigmatic man so that his final discovery can be broadcasted to the world, facing challenges and threats to their existence along the way of course.

I’m not kidding when I say these books are formulaic: European city as a setting (Barcelona), art (Gaudi) the usual anti-religion tirade, symbols and clues, plot twists, heck, Robert’s female sidekick this time around – Ambra Vidal – is made out of the same mold as Vittoria, Sophie and that girl from Inferno (although we were spared the romantic undertones this time around, thank God. I don’t think Tom Hanks can handle any more romantic entanglements.)

Sagrada Familia, a major setting in the story

Saudi believed there are no straight lines in nature

There are so many themes to explore that I think I’ll just dive right into it. There will be minor spoilers along the way, although I’ll try to keep them to a minimum and readers will still get to enjoy the element of surprise brought about by a good plot twist, although I saw this one coming from a mile away.

Where did we come from?

This is the question that divides religion and science. Despite attempts to unify them and despite calls for us to see the hand of God behind scientific advancements, it seems like they can’t bridge the big divide of the question of where man came from. Of course, everyone is familiar with the story of Genesis and God creating Adam and Eve from his own likeness. Equally familiar is Charles Darwin’s theory of evolution: man’s journey from homo Habilis to Homo sapiens brought about by the survival instinct.

One of our more enterprising teachers attempted to begin an intelligent and stimulating dialogue back when I was in high school by having us students debate these two theories. I think she greatly underestimated how fervent some people’s religious beliefs are and that some of the students will take things personally. Religion is a deeply personal thing. It forms a major part of your entire belief system and influences how you see and interpret the world. For most of us, religion is learned from a loved one and part of what keeps us believing in it is the influence of that loved one. For example, I may not necessarily have as strong a faith as I did when I was younger and I have come to believe that there is a big flaw in my belief system, but I still go to church every Sunday out of fear of disappointing my mum, who is deeply religious.

Anyway, the debate ended in fights and tears especially on the side of those who were for Creationism. I think someone did raise the question about whether you would prefer to believe you evolved from a chimpanzee or whether you’d rather believe you were a special creation of a divine being. This was over 15 years ago so I’ve forgotten which side I was on but I distinctly remember being able to see and understand both sides of the story and my eventual take on it is that we should all stop asking this inane question and just move on with our lives.

I mean, does it really matter where we came from? Shouldn’t it be enough that we exist and therefore should make that existence meaningful? So many debates raging and wars being waged over a pointless question. I agree with what one character in this book said, no matter what scientific discoveries people come up with, people will still cling to their faith because at the end of the day, everyone needs to believe in a higher power.

Religion is intangible. The bible itself praises people who “do not see and yet choose to believe”. Christianity requires a leap of faith and – paradoxically -a suspension of belief. We believe in a God who loves us so much that He gave us his only son, birthed through divine conception. This son, Jesus, then gave up his life on the cross to save us from our sins and was resurrected three days after and brought into heaven. Those are two of the mysteries of our faith that we’ve chosen to base our entire belief system on.

A scientific mind will just lose the plot when faced with this belief system because it just. doesn’t. make. any. sense. I agree. Its got plot holes the size of the hole on the ozone layer. The entire system can be destroyed by a few questions and all we’re inevitably left with is our faith. Science, and the scientific method, meanwhile is based on facts and experiments. Its based on research and results that are tangible and reproducible. So when scientists discover something that directly contradicts religion, it’s a big deal because you know they will be armed with facts to back up their claims, like the theory of evolution.

I don’t know, really. I don’t understand the war between religion and science because I think there’s room for both to co-exist in the world. I think the world needs both in equal amounts. Take medicine, for example. I am both a Catholic and a medical personnel and I am able to reconcile both my faith and my medical knowledge when I deal with my patients. When a family member is sick, I find myself both recommending drugs and treatment that I think will help and keeping them in my prayers. When I found out my dad had high PSA levels (one of the indicators of prostate cancer) I spent one day researching all there is to know about it and then spent the night praying the rosary. I don’t see the disparity or the divide.

I remember being deeply offended one day when a surgeon I was working with said that religion is for the weak. I disagree. Yes, from a certain narrow-minded perspective it may seem as if some people use religion as a crutch because they can’t bear to take responsibility for their own destinies. But equally, there is something beautiful about how it is also used as a moral compass to temper man’s often irresponsible foray into things he’s not ready for.

Where are we going?

During his big reveal, Edmond said that the question of where we came from is not as important as where he thought we were going. I am heading into spoiler territory so do stop reading if you’ve not read the book yet. Although I think this won’t change your reading experience, I have to post an obligatory

Anyway, apparently Edmond’s experiments and his work on a super-computer has allowed him to predict man’s future and he predicts that in 50 or so years, man as we know it would be extinct and a whole new race will take over. According to Edmond technology will eventually consume man, pacing the way for a “new and better race of human beings”.

Now, this is clearly Dan Brown’s way of admonishing the current society’s obsession with technology and its true, in a way. Everything we need, we can access at the touch of our fingers. Need information? Find it on google. Need directions? Use the maps on your phone. Need to tell the world something new about yourself? Post a status on Facebook. Need to contact your mum from halfway around the world? Call her on FaceTime. Bombs can now be triggered remotely. There is a theory that we are entering a new dawn where technological warfare will replace traditional warfare. The advancement of technology can now be measured in terms of years instead of decades. Apple comes up with a newer, bigger, better and more advanced smart phone every year and it needs to do so in order to stay one step ahead of its competitors.

In a sense, the world is moving too fast that this plot twist really didn’t surprise me as much. One thing I found really clever is that, if you really pay attention, the book’s narrative and action was really in keeping with this theme of technology taking over. For example, Robert Langdon I felt played less of a role here because he had someone (or something) else doing the work for him (you’ll notice this if you read the book). Even the central mystery being solved was in keeping with this theme.

Despite that, it’s still the little things…

I was quite ready to give this book a negative review. I found it to be too long and I never really engaged with the story the way I did with what I still argue is Dan Brown’s best work (Angels and Demons). However, it was the little pockets of human interaction amidst all the chaos and startling new ideas that really turned the tide for me: a father’s love for his son, a son’s wish to live up to his father’s expectations, the thrill of falling in love and the purest love between two people who were destined to never share their feelings to the world because their world is not ready for it yet. But there is hope that one day it will be.

Again, I don’t know if this contrast was intentional but I, for one, found it really poignant. It’s in keeping with the message of the book I guess, that the human capacity for tolerance and compassion will keep us from being overrun by the dangers of powerful technology and that is what keeps Edmond Kirsch hopeful about the future.

I know this is a pretty long review, I apologise but it is a rather long book (again, this is one of my major complaints about this. Find a better editor, Danny boy!) but it’s certainly worth reading, especially if you’ve been a fan all these years.

My advice is to take everything with a pinch of salt. Ultimately, it doesn’t matter what other people tell you anyway. You believe what you believe and you are entitled to that. Live and let live, people.