The older I get, the more I need to find a place to hide for a little while and recharge. Work often gets stressful no matter how much I love my job, and the pressures of trying to make things work in a city like London sometimes get a bit too much. Its nice to have a place where I can just forget about it for a little while and just be able to breathe. Switzerland is that place for me, which is why I try to visit as often as I can.

Everything is so scenic in Switzerland, and there’s something about this country that just makes it a little easier to breathe. And I mean that literally. On my first full day in Schaffhausen I went for a 10k run towards the Rhine Falls, which is quite a hilly route.

Normally, I’d be huffing and puffing and getting side stitches once I hit the 3km mark but not only do I run faster in Switzerland, I also seem to have better breath control. I think its the clean air. You don’t realise it until you’re away from it, but London really is one polluted city.

I was blessed with absolutely gorgeous weather on this trip. So there were plenty of opportunities to go for a run and to do other activities such as going to a strawberry farm and picking fresh strawberries, the size of which were sometimes as big as a baby’s fist. If one wished to, one could also pick fresh roses off the rose garden. 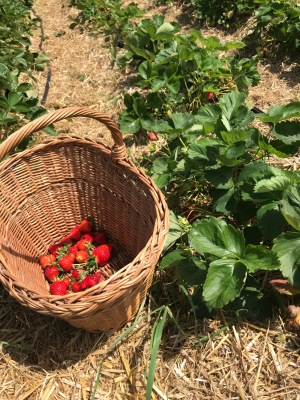 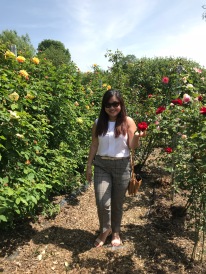 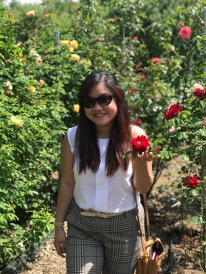 While researching for this trip, I accidentally came across a fact that I really should have known ages ago, being a massive Sherlock fan. You see, despite the fact that Sherlock is OBVIOUSLY  a fictional character, the place where he appeared to have plummeted to his death in the book ‘The Final Problem’ is actually real.

The Reichenbach Fall is located in a small town in the north of Switzerland called Meiringen (pronounced My-ring-gen with a hard g). Because we also wanted to visit Interlaken and other neighbouring cities in that area, my cousin got us a Tageskarte (day pass, I think?) that will allow us to ride trains and buses to any destination within the country for a day, all for 45 CHF.

I think that’s a pretty sweet deal and something travellers should consider purchasing, because train tickets (like everything else in this country) do not come cheap. I think to get from Zurich Airport to Schaufhassen costs like 23 CHF for a one-way ticket. Its ridiculous.

Anyway, depending on where your base is, you might want to make an early start in the morning. It takes about 3 hours to get from Schaufhaussen (which is near Zurich) to Meiringen. You might also want to download the SBB app, which is their version of TFL, because it helps you plan your route and connections.

To get to Meiringen, we had to change trains three times. And we had to walk fast because for each change, we had about an average of 10 minutes to get from one platform to another or risk missing our connection. Needless to say, I was really glad I wore sensible shoes.

The train ride to Meiringen will take you amongst the most scenic and picturesque views that the country has to offer. I normally fall asleep as soon as the train gets moving but apart from the fact that I was scared as hell that we’d miss our stop, I really could not afford to close my eyes on the train ride because I’d miss one hell of a view.

When we finally got to Meiringen, we had to then figure out how to actually get to the bloody waterfall. Again, this is where the SBB app comes in use because it will pretty much give you a step-by-step guide on how to get to anywhere that has a bus or train station attached to it.

For the Reichenbach Falls, we had to take a tram from Meiringen to a place called Alpbach, which is so close that you can WALK there if you’re not in any hurry or if (unlike us) you actually had a clue as to where to go. Also, it might be good to realise that this area actually has A LOT of waterfalls and you had to make sure you go to the right one.

From Alpbach station we had to walk to the funicular station to take us up to Reichenbach Falls. I didn’t realise how much of a presence Sherlock Holmes actually has in a town so far removed from England. They’ve capitalised on the great detective’s fame by doing tours and erecting museums in his honour. 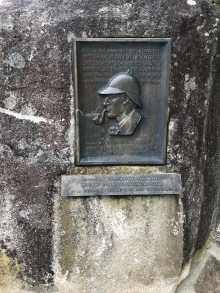 It cost about 12 CHF for a return ticket to and from the falls. Note: they only take cash. Also, if you’re planning to visit the nearby Aareschlucht (literally translated it means Aare Gorge) you might want to look into buying tickets for both because it will save you a few swiss francs.

View from the funicular 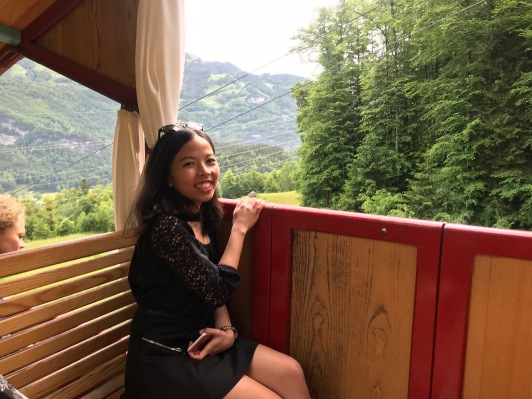 The falls themselves are breathtaking. I don’t know, maybe its because I haven’t seen anything apart from buildings and man-made parks for a while or because as a traveller, I’m really quite easy to please. But I was ridiculously happy to have made it up there. I was even chuffed at the Sherlock Holmes cutout that they had near the funicular platform. 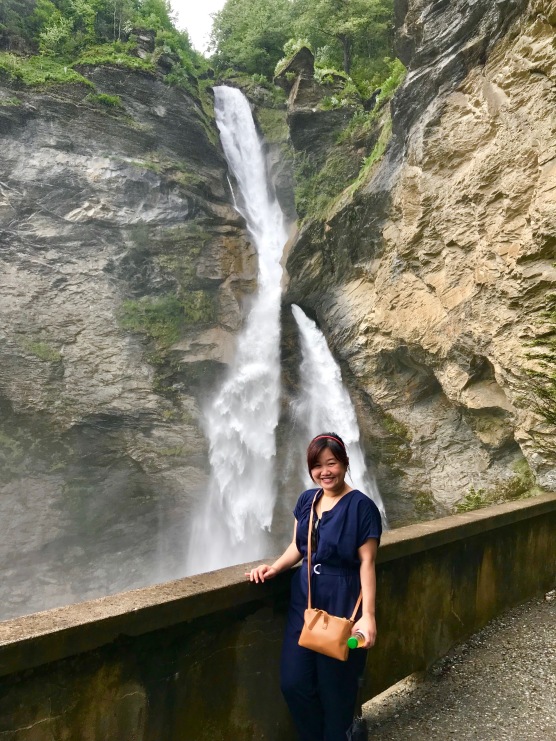 To get a closer look at the falls, and to get to the actual place where Sherlock fell to his death, you have to go on quite a bit of a hike. Again, wearing sensible shoes is key. Also, check the weather before scheduling your trip because I can imagine that it would get rather tricky to make the hike in unfavourable weather conditions.

Whatever you do, don’t forget to take your time and to take in the view from the top because its absolutely stunning. I’m pretty sure this blog post is now full of superlatives but even if I couldn’t find the words to describe how beautiful it is, the pictures should speak for themselves. 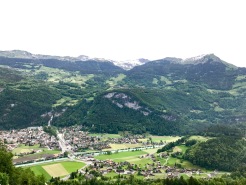 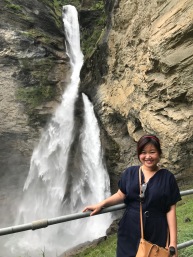 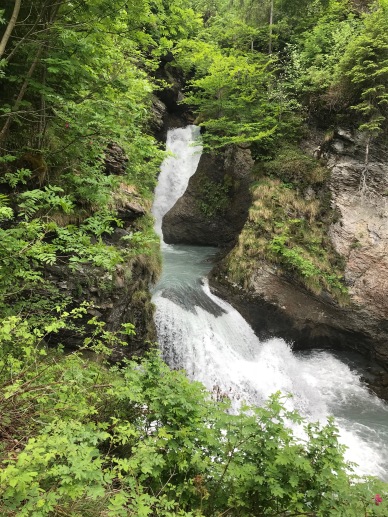 Don’t worry, falling is like flying, only a more permanent destination

I think we don’t realise how much of a weight we carry on our shoulders until we go on a holiday and we shed that weight, even if its just for a few days. I have so much more to share about this trip, and I will be doing a series of blogs about it. But I just want to end this first one by saying that its my firm and unshakeable belief that travelling, despite its enormous cost to our bank accounts, is one of the few things that truly make us rich.

Travel on, wanderers and dreamers.