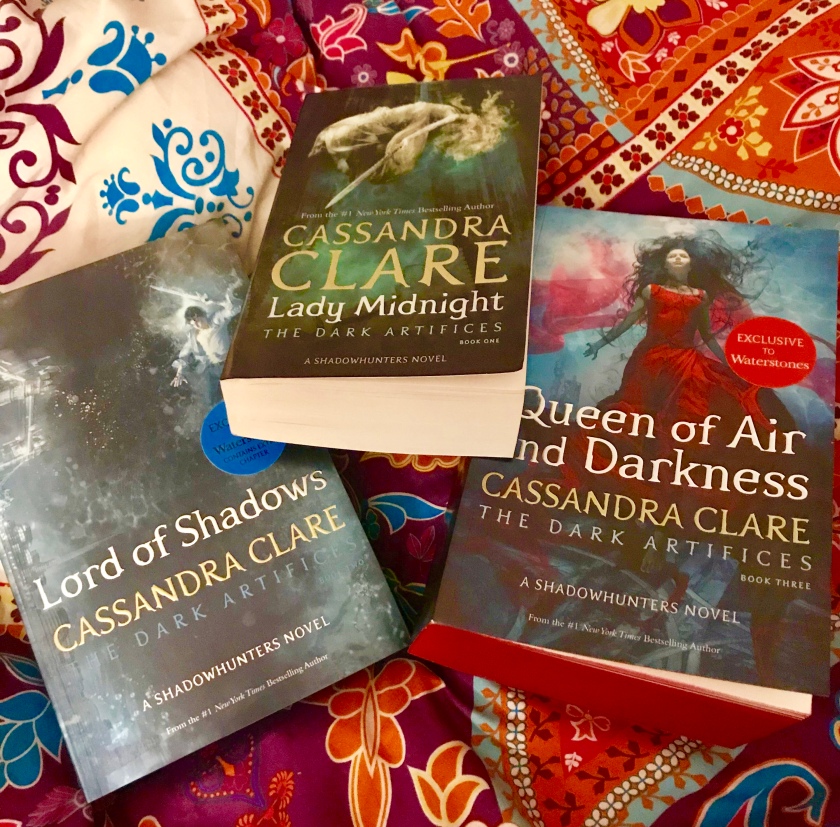 All the potential in the world will not amount to anything if there’s a flaw in the execution.

It pains me to say it, because I am a huge fan of the ShadowWorld and all things connected to it, but this trilogy did not quite live up to my expectations.

Maybe that’s my fault. I’ve been looking forward to Julian Blackthorn and Emma Carstairs‘ story ever since they were introduced in The Mortal Instruments series.

I’ve wondered for so long about the secret behind the parabatai bond and why those who have undergone the ritual were forbidden to fall in love, which is the basic premise of this trilogy.

But while the relationship between these two was explored and discussed ad infinitum, I feel like Cassandra literally lost the plot about halfway through the second book.

I feel like she lost sight of why she was writing this book in the first place and the series took on a life of its own.

And while that’s not necessarily a bad thing, and while I did love discovering the world of the Faerie and the existence of other dimensions, the overall plot got too cluttered in the end.

That’s not to say that this series was bad.

I think the problem was that she tried too hard to please fans both new and old. There was a massive inclusion of characters from previous books, and I get that she was trying to tie all her past series in some way, but it all just got a little bit much.

The first book started out okay, I thought the main plot of that was interesting and really rich in Shadowhunter history. But then it all slightly veered from the road that I thought it was going to go and it never quite totally got back on track.

There was a little too much focus on the romantic elements, especially in the latter half of the second and most of the third book. Even in the midst of the apocalypse, people still found the time to worry about their love life. Go figure.

So the book wasn’t brilliant, but there were elements of it that were beautifully crafted.

I like how Cassandra Clare continues to preach the importance of inclusion and acceptance in her books. The tension between Shadowhunters and Downworlders could almost be a parallel for the current state of the world, prejudice and all.

FURTHERMORE, there’s an added element in this book that I thought was absolutely RISQUE for what is essentially still a YA book. I wasn’t sure whether it was entirely appropriate but I have never advocated author censorship, and that part was so beautifully done that I think it might actually end up sending the right message to teens.

Intrigued? Read the book to find out more.

The characters were well-developed. I love the tight-knit relationship of the Blackthorn family and how their love for each other evolved over time as a result of trials and heartbreaking loss.

I like how this series showed that the world is not black and white, and that no one is all good and all bad. I love how it showed that, despite all the evil in the world, everyone is still capable of doing good things in the name of love and family.

I understand that this review is probably not that coherent. To be honest, I’ve yet to decide whether I loved it, liked it or regretted it. And may I just say that the books were a whopper? The last one was nearly as thick as Harry Potter and the Order of the Phoenix!

This series is a far cry from The Infernal Devices trilogy, which will remain forever my favourite, but ultimately, and I’ve literally just decided this, its still a good series. And I look forward to the next one, and the continuation of the Blackthorn saga.