For my sister’s birthday, I got us both tickets to see a production of Agatha Christie’s Witness For The Prosecution. Having just become massive fans ourselves, we thought it would be a good night out and plus, who doesn’t love a good murder/mystery?

First of all, the venue itself is amazing. I was excited when I heard it was going to be at the County Hall and in the room where Parliament used to meet in the 20s. The entrance is on Belvedere Road which is just across St. Thomas Hospital and at the back of the London Eye. 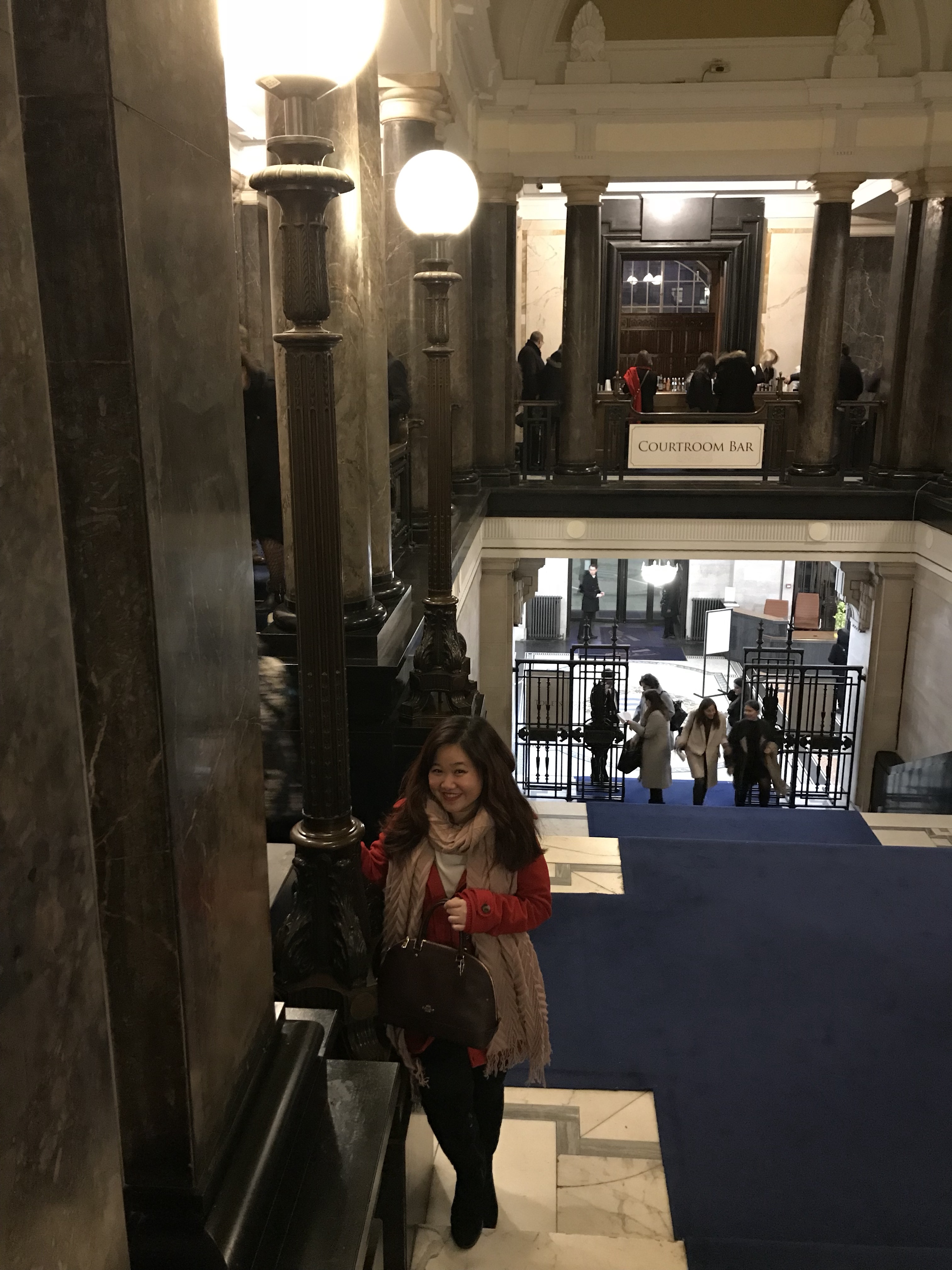 We were really chuffed when we got inside the actual theatre. Its set up so you can pretend you’re at the Old Bailey, which I think is the old criminal court near Newgate Prison. It had jury boxes and everything, and if you’ve got money to spend you might want to get a seat in the jury box for a more immersive experience. You may or may not get to participate in the actual play so get your best thespian voice ready. 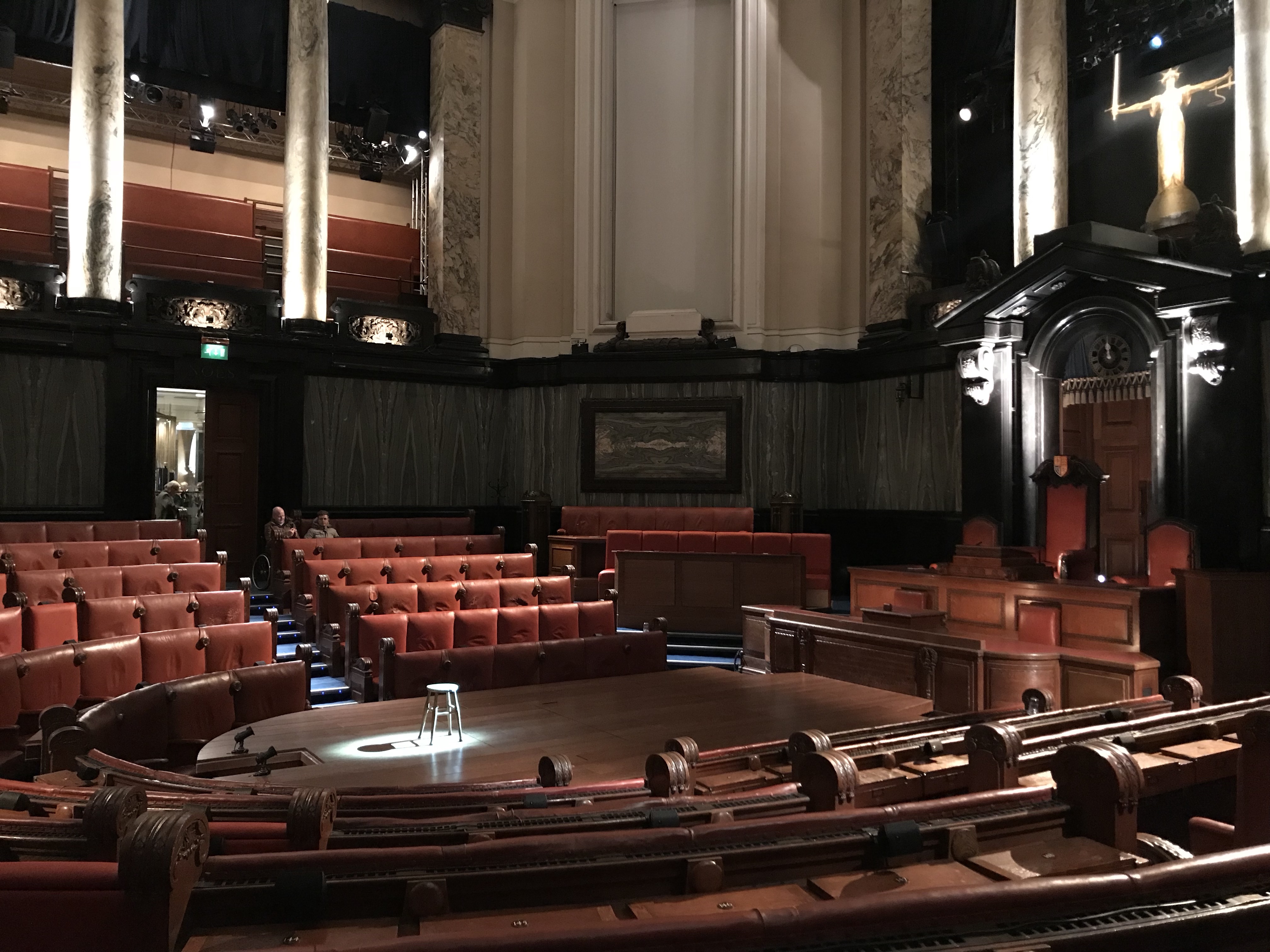 It was worth splurging for stall seats because you’re really close to where the action is. Also, they were really roomy and comfortable so you don’t ever feel like you’re practically sitting on top of your neighbour for the duration of the show.

The play tells the story of Leonard Vogel, who’s been accused of murdering a rich woman that he’s befriended and goes to visit once or twice a week. His arrest is based on the testimony of the housekeeper who swore she heard him talking to the victim around 5 minutes before the time of death.

The play unfolds like a courtroom drama, and I had initial misgivings about that because I thought it would be very dry and boring. I could not have been more wrong. The actors were so good and the story itself is so riveting that you won’t even notice you’re halfway through the first act already.

There were also some unexpected lighthearted and even comedic moments, usually aimed at the Britishness of the British. Because this play was oh-so-British, from insulting each other politely (no one does this as well as the British) to offering tea during times of crises and even the British attitude towards foreigners…it was all very well done.

I have to say I guessed the plot twist about 3/4 of the way into the play but I was still shocked when THE BIG REVEAL was unveiled. I love how, just like in other Agatha Christie works, she manages to convey so much without having to bombard the audience or the readers with unnecessary details. You are instead led through a series of truths, half-truths and out and out lies and its up to you to make heads or tails of it to come to your own conclusion.

Overall, I had a really great time and I’d highly recommend this play to both theatre lovers and fans of the crime and murder genre because I can guarantee you’ll have a great time.

Click on the link here to go to the website, wherein there’s a tab for you to buy tickets. The shows are incredibly popular so the weekends might be fully booked but there’s plenty of seats during the weekdays and it doesn’t really last that long. Its finished by 10 and there are good transport links around the area (Waterloo, Embankment and Westminster stations and a lot of buses).

Cheers and Happy Birthday to my sister Arlene (shown on the photos with me)!! xx

Murder on The Orient Express is currently showing in many major London cinemas and my sister and I decided to watch it on Sunday afternoon at Odeon Leicester Square. Being me, I hate watching a movie based on a book that is considered a masterpiece without reading the book first so I decided to give Dame Agatha Christie’s novel a go before going to the cinema. It’s a short book, you can finish it in a day (mere hours in my case). 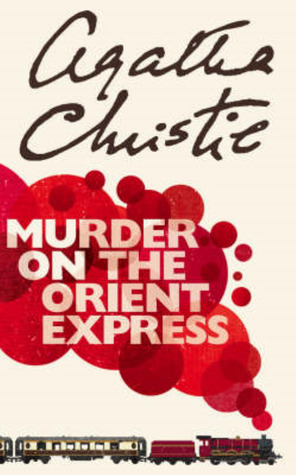 As always, I am amazed at how Agatha Christie managed to squeeze a really compelling mystery in so few pages when lesser authors struggle to form a coherent story with more. Although I did not quite like the writing style in this one as much as I liked the other novels – I found it to be too disjointed and abrupt at times – one cannot deny that the story takes you to a journey, and as always, I found myself not even trying to figure out whodunit (because I knew I’d be proven wrong anyway) and just settled in for a good read.

I really liked the idea of twelve strangers in a train and Hercule Poirot having to figure out who the killer is amongst them. She’s done this before on ‘And Then There Were None’,  and I think she’s really fascinated by the idea of people coming  from different walks of life, with their individual histories and background, being put in a situation where they have to temporarily interact with each other. In this case, because the Orient Express is stuck in a snow drift somewhere in freakin’ Yugoslavia, Hercule Poirot has no other means with which to investigate and find the killer out apart from his own powers of deduction.

What can he find in these people’s pasts that can point to the identity of the killer? What is the motive? Is there a connection between some of the passengers that could mean that this is the work of more than one killer? Slowly, Hercule uncovers their secrets and separate the lies and half-truths from the truth. The twist, when it inevitably came, really surprised me even though I could see how we, as readers, were being led to this conclusion. I was also surprised that I wasn’t spoiled because apparently the real identity of the killer is some kind of cultural thing: EVERYONE knows it. Overall, it was a very satisfying read. 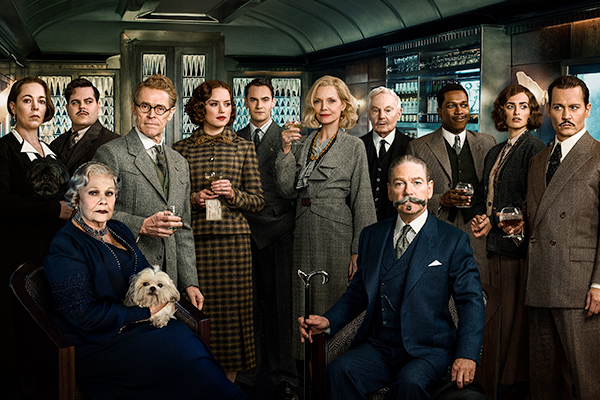 I have to admit, I slept through the first 10 -15 minutes of the movie because I got bored. There were a lot of unnecessary scenes and I was helped on to my path to dreamland by the knowledge that I already knew how this story goes. However, I’m glad that I managed to be more awake when the Orient Express finally started on its journey. I thought that Kenneth Branagh had a slightly more…eccentric and egotistical interpretation of Hercule Poirot. And I suppose in this day and age, you have to add a few action sequences because a movie where they all sat around talking about the murder won’t wash with today’s audience.

But I thought that even without the added action sequences, the story and the really strong acting performances by most of the cast would have carried the movie through. That dramatic ending, when we finally find out who the killer is, gave me chills and had me shedding a few tears. Patrick Doyle’s fantastic score, which I’m listening to as I write this blog, really added to the emotional weight of that scene. The flashback of the night of the murder…reading the book, you never realised the full extent of how tragic that was, and how much impact one event can have on so many lives.

I hear that this movie has been getting negative reviews, but I thought it was brilliant. Michelle Pfiefer in particular did such a good job as the annoying Mrs. Hubbard and of course I’ve always loved Dame Judi Dench. I think that the second half of the movie was stronger than the first, and I also think that audiences would find that the motive for the murder will really resonate with many of us. What is justice after all? Who gets to decide whether one should live or die or how one should be punished for their sins?

Can I just say though, that for me, the real winner of this movie is that damn score of Patrick Doyle’s. I would totally watch this movie again for that.

Check out both the book and the movie if you haven’t already. I’m also planning to watch the original one that was done in the 70s if I can find a copy of it. Happy reading and watching bookworms! x

People use the term “classic” to refer to something that transcends generations, a piece of work that remains relevant no matter what decade it is.

This crime novel from Dame Agatha Christie is a classic in every sense of the word.
The plot is simple. 10 strangers are lured into a secluded island off the coast of Devon by the myseterious U.N. Owen. They started off thinking that it’ll be a nice weekend getaway. Then things take a more sinister turn when, after dinner, a pre-recorded gramophone thingy (I have no idea how a gramophone works) accused them all of being guilty of murder.

All of them denied it of course. There was a plausible explanation behind each accusation. They thought someone was just playing a practical joke…until one of them dies. And then one after the other each member of the party is killed, and the murder method is based on an old nursery rhyme called “Ten Little Soldier Boys.”

Ten little soldier boys went out to dine; one choked his little self and then there were nine.

Nine little soldier boys sat up very late; one overslept himself and then there were eight.

The remaining guests soon figured out that because of the seclusion of the island and the inability of the boats from the mainland to come across, the murderer could only be one of them. The author did such a great job of creating the atmosphere; one can almost feel the paranoia mounting. Who can you turn to? Who can you trust?

I was amazed that Agatha Christie was able to cram this much action in so few pages. One would think that the characters wouldn’t be as fleshed out because its such a short novel but this actually proves that you don’t need to waste chapters and chapters just to provide someone’s backstory. And this author had 10 characters to contend with! 10 characters represented by 10 figurines of soldier boys in a mantelpiece, each figurine disappearing after one dies.

Its clear early on that the motive for the murders is related to some form of justice being metted out. But justice for whom? Is the murderer related to one of the purported victims? Is there a common thread to all the victims that would eventually lead to the identity of the killer? These were some of the thoughts running through my head. It felt a little bit like watching the tv show Lost, which tells you how far ahead of its time this novel was.

My boss told me that the stage adaptation of this book is also quite good. I can see how this would be great as a play; I sometimes felt while reading it that it comes across as a screenplay more than an actual novel. It still doesn’t take away from the genius of it. I was left completely confounded and guessing until the very end. I went so far as to postulate the theory that these people were really all one person, like they were part of “UN Owen”‘s dissociative personality just like in that film with John Cusack called Identity (spoiler alert: they’re not. There really is a murderer!)

I would recommend this book to all lovers of mystery, especially for those who want to have a good read but get bored with long, drawn-out stories. This is for you!