I’ve always believed in the great power of the written word. Its why from the moment I opened my first Sweet Valley Twins book I’ve dreamed of becoming a writer. The written word, when shared, can have the power to change perspectives and from there, change lives.

I read a wonderful book recently called The Guilty Feminist by Deborah Frances-White, and I’ve been wracking my head all week trying to figure out how I can write a review that will possible do this book justice, because I feel like nothing I write could ever adequately express how much this book meant to me, and how much I want to share it with the world.

And then I thought, you know what, why not pay tribute to the book, its author and the women who contributed to it by living its values and reaching out to the strong independent women in my own life and asking them about their own ‘Guilty Feminist’ statements? Maybe in my own little way, I could start a ripple effect that turns into a tidal wave of positive change. Or you know, at least start having the kind of conversations that could lead to a real change in how women perceive themselves.

So I sent a few texts, messaged people on Instagram, slid into people’s DMs and badgered a few others to share their own “I’m a Feminist, but…” statements, and the result was overwhelming. I have never before had so many frank and honest conversations about issues that I also relate to. I had a long talk with a friend about fat-shaming within the Filipino culture and how much it affects us, to the point of damaging our mental health. On a happier note, I had a really good catch-up with a friend who is finally able to be her truest, happiest self, with all the support and acceptance of her family and friends. What a wonderful thing it is to know that a lot of people now acknowledge that love is love is love.

So rather than doing a long-winded review, I’d like to share these women’s statements, some of them funny, some of them crazy (but accurate), some poignant, some painful, all of them immensely relatable. None of these statements are mine, but I could easily picture myself saying them (and I probably have).

It just goes to show that as much as the patriarchy likes to make us think we are in competition with each other, despite our differences there are so many ways in which we are the same, and that is why we need to support each other. There is a special place in hell, after all, for women who don’t help other women. Someone famous once said that.

I want the wonderful women in my life to realise, if they don’t already do, that these things do not make you any less of a feminist, any less strong or independent. These incredible group of women are mothers, nurses, fitness instructors, writers, specialists in a male-dominated field, managers, leaders – when I stop to think about how much they achieve every day despite the millions of things on their plate, it humbles me. Thank you guys for taking the time to support my crazy ideas!

For me personally the point of feminism is inclusion; it’s empowering other women if we are in a position or if we have the platform to do so. Its reminding everyone, especially those who need it, that each woman is unique, and therefore special.

Its also reminding ourselves of the beauty of female friendships, and how much fun it is to bond with someone who knows exactly what you’re going through. One of my friends remarked about how much fun she was having participating in this little project of mine, and another friend was already asking to share it with another friend (that she thinks I should meet! lol).

And that made this blog worth doing.

I am not delusional enough to think that a single blog post will change the world, or even change my small corner of it. But for an hour of two, I felt connected to every woman in my life (or the ones on my social media feeds). Maybe its naive and maybe I’m having a castle in the clouds moment here, but I’m just feeling so hopeful that if could just continue to help each other out until every single woman is heard, we can do it. We can prove Beyonce right and run the world, girls.

I’ll take that hope with me when I go to sleep tonight.

P.S. The Guilty Feminist is a podcast too. It’s really good. See link below!

Its a narrative as old as time.

Young, naive woman meets succesful, prominent  and married older man and is mesmerised by his charismatic persona that she decides to pursue him. They inevitably get caught and get caught up in a scandal. He asks for forgiveness from the public and his wife.

The wife has to put her game face on and forgive him; she stands by him and his career and puts the mantle of ‘wronged but strong woman on’ and she gets lauded for this behaviour. Its the ONLY thing that gets her through the days when she wants to scream and shout from rage at the shame and humiliation of it all.

The other woman becomes a social pariah; an internet joke; a cautionary tale to young girls everywhere; a shining example of everything that feminism isn’t.
He gets away with a metaphorical slap on the wrist and continues to serve his office for at least one more term.

If all that sounds familiar, that’s because sometimes truth is stranger than fiction and we all had to bear witness as this political sex scandal was gleefully covered by the media almost two decades ago. I think I must have been 9 or 10 when the whole Monica Lewinsky-Bill Clinton scandal broke out. Although I was too young to understand the intricacies of that affair, the basics were pretty clear: he cheated on his wife with a young intern under his employ. 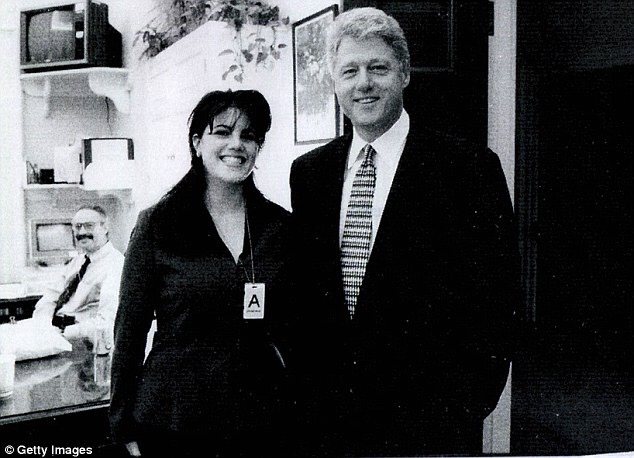 This book was based largely on that true-to-life story but its gives a different perspective and a decidely feminist stance. Aviva Grossman is ‘Florida’s Answer to Monica Lewinsky’ and despite the fact that I abhor the idea of mistresses, the author managed to make even me sympathise and relate to her. All she really wanted is to move on from the repurcussions of that youthful indiscretion and start a new life for herself. In the grand scheme of things, and considering all that she went through, that shouldn’t be too much to ask.

But the world can be unforgiving. Aviva drew several parallels from ‘The Scarlet Letter’ when reflecting on her experiences and its true. She may not have been asked to wear a big red A in front of the town, true. But all anyone had to do was google her name and they’d find every detail of the affair (she stupidly kept an anonymous blog that everyone eventually figured out was hers). She had a permanent infamous presence on the internet.

‘Slut-shaming’ is a term I hear quite often. I don’t specifically know what it means to slut-shame anyone but I guess its when one or more person makes a judgment about another person’s private life and makes her feel ashamed for her choices. Its anything that paints a woman as this character because she appears to be…forward. This book is meant to be a commentary on slut-shaming and it hits more than it misses.
Its certainly made me feel uncomfortable. It made me think about how often we probably do this unconsciously. There may have been instances where we’ve judged another woman too quickly on her choices and labelled them well, a slut, where they may not have deserved it. You never really know what a person is going through and cliche as it may sound there are always two sides to every story. Who are we to judge other people’s choices? F. Scott Fitzgerald had it right when he said:

Whenever you feel like criticising anyone, remember that all the people in this world haven’t had the advantages that you’ve had.

It all comes down to choice. This is the kind of feminism that books like these fight for: a woman’s right to make and not be judged for the choices she makes. Its not even about the affair and the scandal really. It doesn’t even go into the details of the affair; rather it focuses on the internal struggle between knowing something is wrong and doing it anyway, as well as the long-term effects on Aviva or Jane Young after she had her name legallly changed.

Its absolutely inspiring to read the little snippets of feminism that was injected into this book. Its subtle but its there, and it makes you think about how wonderful it is to be human and a woman in 2017, that we’ve come so far in terms of achieving gender equality. I highly recommend this book.