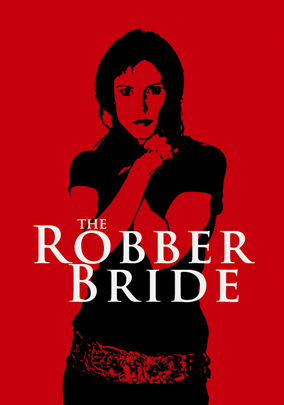 An abundance of mistresses…

What is this fascination we have with infidelity? We gossip about it over morning coffee, talk about this person’s marital woes over a glass of wine after work and discuss the nuances of a failing relationship over supper. For those of us who’ve never experienced being cheated on, we think we have the right to criticise or pass judgment. Those who are seemingly secure in the strength of their own relationships even condescend to give advice about how to keep your partner happy. Others have the audacity to say ‘leave him’ as if its as simple as returning an unwanted Christmas present.

Shortly before I left the Philippines to come to the UK, infidelity seemed to be the most popular subject in my country’s entertainment industry. Movies with titles like ‘The Mistress‘, ‘The Other Woman’, ‘No Other Woman’ and television series like ‘The Legal Wife’ were all the rage back then. The public lapped it up; it was the topic of many a Facebook posts and internet memes, lines were quoted and the inevitable confrontation – and ensuing hair pulling and inconsolable crying – drew a million viewers, myself among them. I remember a couple of year ago, a movie called ‘Etiquette for Mistresses’ came out and the hue and cry along the 7,107 island of the Philippines could be heard all the way to Europe. Critics claimed that it glorified cheating; its a movie that suggests to idealistic little girls that being a mistress is glamorous and fun, something to be considered as a lifestyle choice, like choosing to be a vegetarian.

Intelligent women degrading themselves into this role. And for what? The illusion of love. Love is not love if you can’t shout it out from the rooftops. What is the point of love if you can’t be there for another person because you’ve even relegated to some sordid background role where you can only care for the person in secret? I can hardly claim to be an expert on relationships. And I always think it doesn’t do to air your lofty views because you never really know how you’re going to respond to temptation until it actually comes your way, and you don’t want to be known as a hypocrite after. But I’d like to think that if I were ever in a situation where I was seriously tempted, I would find the self-respect to say no. Because I respect myself and my fellow woman far too much to ever be a mistress.

Zenia: The Robber Bride AKA The Anti-Mistress

The Robber Bride is the last of the trio of Margaret Atwood books that I’m reading and reviewing. Out of the lot, I found this the hardest to read, digest and make sense of. 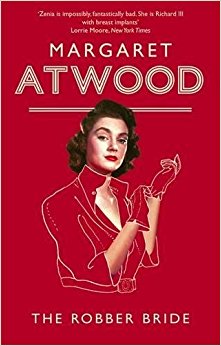 Ros, Charis and Tony all had one thing in common: at one point in their lives they’ve been brought to the lowest of lows because of Zenia, this fascinating creature whose primary talent was to draw men into her company; to tempt and seduce them until they succumb to her charms. She wants what she can’t have. actually no, that’s not accurate. There is nothing that she can’t have. It would be more apt to say that she wants what she doesn’t have and when she inevitably gets it, she despises it. So she seduces these men, sucks their souls dry and then leaves them when she tires of them. And they’re left in a daze, wondering what happened, a broken shell, a pale shadow of the men they used to be.

When I read a book, I feel so much sympathy for the main characters that sometimes their pain becomes my pain. I knew going in that this book would be about cheating, so I was already in tenterhooks, waiting for the other shoe to drop, waiting for the inevitable infidelity committed by these women’s husbands/partners. And when it does, I do feel so sorry for them.But I have to admit I also feel enraged. Enraged that they would tolerate it; that they would condemn the deed and the other woman but forgive their husbands. I think Zenia is right. Towards the end of the book, she tells Ros that she should put more responsibility on her husband’s shoulders because at the end of the day, its not about what Ros or Zenia did or didn’t do: her husband did exactly what HE wanted to do. Its so easy to blame the other woman, but actually as cliche as it is, it DOES take two to tango.

I think Tony really captured the essence of what Ms. Atwood wants us to feel when we read this book, especially for us women (I reckon men would be a bit frightened of this one). As much as you want to hate Zenia (and you do, she’s a conniving little viper), you also want to cheer her on for having the balls to take on the men of this world and beat them at their own game. She calls no man her master, she gets what she wants from them and they can’t hurt her. To a wife, someone who is always burdened by the weight of expectations that come with that role, that must seem exhilarating.

Lately, I’ve been wrestling with the feeling that I’m missing out on something by continuing to pursue my independence and not seriously thinking about settling down with someone. It might be nice to come home to someone and to have a partner in all my endeavours. But do I really know what that means or am I still looking through rose-coloured glasses? Am I really ready for that level of commitment to another person? I’d like to think so. But I’m afraid that I’m probably a little like Zenia myself, going after what I want (though I’ve yet to be a home wrecker lol) and to hell with the people who judge my choices.

Its been a real eye-opener, reading all these books about women and feminism. I think Margaret Atwood really is one of the premier author of women’s literature, and there’s a lot we can learn from her books. They tend to be long and sometimes overly descriptive; I’m sure I could have done without all the descriptions of foliage, scenery or the really wonky spiritual metaphors that just went over my head. She also has this habit of digressing and writing a whole paragraph about something that I thought did not contribute to the story at all. But then, maybe the whole paragraph was a metaphor for something the character was going through and I’m too shallow to see it. I don’t know.

But when you get to the heart of the story, when she starts weaving the tales of these women, its transcendental. This isn’t light summer reading; she’s one of those authors whose books  you read, put down and digest, maybe read something fluffy in between chapters, and then read again. You won’t finish it in one sitting and neither should you, because you will need time to understand the implications. But give it a chance, do not DNF her books. Forgive the metaphors. Its worth it.