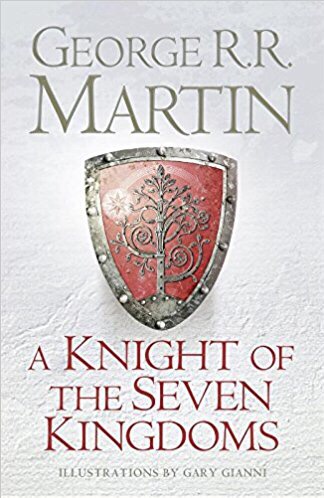 I cannot believe we’re down to two more episodes in the current season of Game of Thrones. What will I do with my Mondays now? I might actually need to think about work instead of whether or not my favourite character lives or dies! In fact, I might get so upset over the loss of GoT that I will do a dracarys on my way to the office and breathe fire over the good people of London.

Could it be any clearer that I am a huge Game of Thrones fan?

I first watched this show on the recommendation of my good friend Katie. Well, I read the books first, and it really went into more detail than the series ever did which is probably part of the reason why I got so invested in the characters; I knew their backstory from the books. I wouldn’t compare the books to the series though because I think they’re equally good. There are things that the series has done, like making Robb Stark a more central character before his tragic demise, that I thought worked really well.

Anyway, I ultimately finished the books and like many others I wait with bated breath for Winds of Winter to come, which from the sounds of it now seems like it will be thick enough to kill a full-grown rat. The tv series has overtaken the books though so I think that will be confusing, keeping all those storylines separate. But I can’t complain when we have episodes like ‘The Spoils of War‘ which is 40 minutes of television heaven. Plus having the R + L = J theory confirmed last season was one of the most gratifying moments in tv history.

I bought A Knight of the Seven Kingdoms so that I would have something to do in between episodes and because I love everything that has to do with Westeros. I think George R R Martin has done a stupendous job of building this fantasy world with its own history, geography and legends. I mean, I would be just as satisfied reading about the events leading up to Robert’s Rebellion as I would be reading recent Westeros events.

By this time, all these names are as familiar to me as my own. Targaryen. Stark. Baratheon. Lannister. When I see them mentioned in this book, which takes place about 100 years before current GoT events, I get a little thrill. This book is actually a collection of 3 novellas telling the adventures of Dunk and Egg, also known as Ser Duncan the Tall and the future king himself Aegon V Targaryen. Aegon is Mad King Aerys’ father. He was so obssessed with having dragons in the world again that he burned down his palace in Summerhall around the same time that Rhaegar Targaryen was born.

Ser Duncan is a hedge knight. I’m not sure what that is exactly but it seems like one step short of being a sellsword; a knight who sells his services to any lord. He meets a bald-headed purple-eyed boy in a tavern on his way to a tourney in Ashford. Unbeknownst to him this precocious boy is actually Aegon but he nicknames himself Egg. He unwittingly takes him on as his squire as he enters the tourney where, as fate would have it, Egg’s brothers and uncles are also competing.

The stories that follow are rich in Westerosi history. Its funny with a touch of adventure and at time unexpectedly moving. Its even more moving when you consider the fact that Ser Duncan was with Aegon through his unexpected rise to the throne and served as Lord Commander of the Kingsguard all throughout his rein and until the end of both their lives (he too died in Summerhall).

I didn’t think I’d get through this book so quickly. It took me ages to finish one GoT book (oh God, Clash of Kings was tedious) but it only took me a day or two to finish this one. The illustrations were lovely and helped a great deal. I can imagine reading this book to my children someday in the future. I loved Ser Duncan and his almost foolish sense of nobility (hello, Ned Stark) and I especially loved Egg. These books are a great addition to the world of Game of Thrones and I hope GRRM will live long enough to finish these tales and maybe even write about Rhaegar and Lyanna. I would love a romance novel set in this world, just saying.

All in all, this was a great book and one I would recommend to any fan.