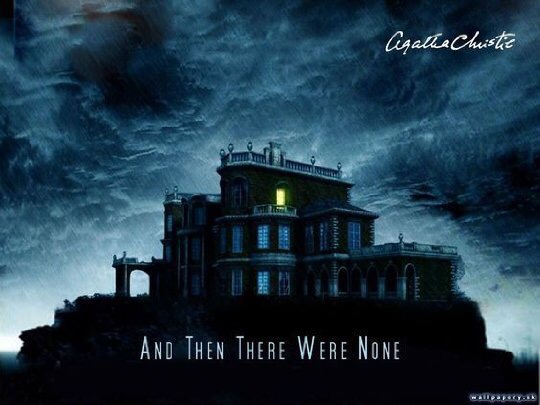 People use the term “classic” to refer to something that transcends generations, a piece of work that remains relevant no matter what decade it is.

This crime novel from Dame Agatha Christie is a classic in every sense of the word.
The plot is simple. 10 strangers are lured into a secluded island off the coast of Devon by the myseterious U.N. Owen. They started off thinking that it’ll be a nice weekend getaway. Then things take a more sinister turn when, after dinner, a pre-recorded gramophone thingy (I have no idea how a gramophone works) accused them all of being guilty of murder.

All of them denied it of course. There was a plausible explanation behind each accusation. They thought someone was just playing a practical joke…until one of them dies. And then one after the other each member of the party is killed, and the murder method is based on an old nursery rhyme called “Ten Little Soldier Boys.”

Ten little soldier boys went out to dine; one choked his little self and then there were nine.

Nine little soldier boys sat up very late; one overslept himself and then there were eight.

The remaining guests soon figured out that because of the seclusion of the island and the inability of the boats from the mainland to come across, the murderer could only be one of them. The author did such a great job of creating the atmosphere; one can almost feel the paranoia mounting. Who can you turn to? Who can you trust?

I was amazed that Agatha Christie was able to cram this much action in so few pages. One would think that the characters wouldn’t be as fleshed out because its such a short novel but this actually proves that you don’t need to waste chapters and chapters just to provide someone’s backstory. And this author had 10 characters to contend with! 10 characters represented by 10 figurines of soldier boys in a mantelpiece, each figurine disappearing after one dies.

Its clear early on that the motive for the murders is related to some form of justice being metted out. But justice for whom? Is the murderer related to one of the purported victims? Is there a common thread to all the victims that would eventually lead to the identity of the killer? These were some of the thoughts running through my head. It felt a little bit like watching the tv show Lost, which tells you how far ahead of its time this novel was.

My boss told me that the stage adaptation of this book is also quite good. I can see how this would be great as a play; I sometimes felt while reading it that it comes across as a screenplay more than an actual novel. It still doesn’t take away from the genius of it. I was left completely confounded and guessing until the very end. I went so far as to postulate the theory that these people were really all one person, like they were part of “UN Owen”‘s dissociative personality just like in that film with John Cusack called Identity (spoiler alert: they’re not. There really is a murderer!)

I would recommend this book to all lovers of mystery, especially for those who want to have a good read but get bored with long, drawn-out stories. This is for you!