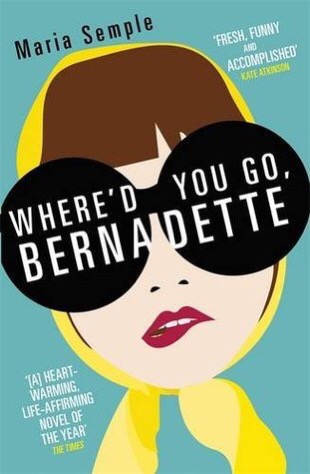 We never really think of our parents as being people. To us, they’re Mum and Dad: the people who know all the answers, who can make the scary stuff go away, who will always be there to bandage every hurt and dress every wound. Growing up, we see them as these superhuman creatures that we can always count on to catch us when we fall. That’s how I saw my parents anyway.

Until I moved away from home and embarked on my own “adulting” journey, it never occured to me to think of my parents as two people who are probably just as scared as I am about the responsibilities that come with being an adult. No one really gives you a set of instructions for these things; there’s no set objectives like, year one month one: set up a bank account: month two, make sure you have health insurance. You kind of figure it out as you go along. You fake it and hope to God you make it (I imagine parenthood would be the same but magnified because you’re actually responsible for another person).

So why am I waxing lyrical about mum and dad? Well, that’s kind of the key theme of ‘Where’d You Go, Bernadette?’. Bernadette Fox is many things to different people: an architectural legend,a brilliant but troubled wife, an uncooperative neighbor and the menace of the local parent-teacher association. But to her daughter Bee, she’s really just Mum. Until Bernadette disappears and Bee has to put together the pieces of her mum’s life to really see the dynamic, complex woman beneath the Mommy mask.

This book is told primarily through letters sent to and from Bernadette and letters about Bernadette. These letters were collected by Bee to help her in search for her mum. I always find this epistolary style quite clever. Its hard to give a full picture of a story through letters and emails but I think if done well, it really works. I actually think this novel loses a lot of steam once we got to the more linear kind of narration (from Bee’s point of view).

The blurb is a little bit misleading because I thought the journey to ‘finding’ Bernadette would involve a lot more, well, travelling. Especially to places that relate to her past. I thought the novel would explore her past more because there was a big build up about this ‘terrible thing’ that happened to her which had such a huge impact on her life. But the actual search for Bernadette seemed a bit anti-climactic. It was pretty obvious where she went and I never really understood why she went there, why she stayed and if anything was resolved at the end of the book.

I’m not sure if we readers are meant to sympathise (and like) the titular character. She seemed a mess to me and while I can see why that is, I think I agree with her husband when he said that we shouldn’t let past failures keep us from trying again. Its how you pick yourself up after a fall that matters after all. While this book is intended to be a satire or a dark comedy, I think Bernadette is a really tragic figure in that she never really realises all her potential. Towards the end its hinted that there might be some resolution but as I said, it wasn’t really clear. Maybe this is intentional, I don’t know. I’ve never really been a fan of books that leave the ending open to interpretation.

What’s evident throughout though is the fact that as troubled as Bernadette may have been, no one can doubt that she tried to be a good mother to Bee. She allowed Bee to be whoever she wanted to be and made everything an adventure. She probably wasn’t the most dependable of parents, but she was there when it mattered. It reminded me of that episode of Modern Family when one character said that 80% of the time, being a good parent meant simply showing up.

So yeah, this book was a good read. While I never really connected to the characters or the plot, I can’t deny that I was thouroughly entertained. Maria Semple’s writing style just flows and I would definitely read her other books if the plot sounds interesting.

I’d like to end this post with a photo of my mum. Whatever else she may have been in the past, I am happy for the combination of whatever fulfilled dreams, untold failures and twists of fate that led her to being my mama, the wind beneath my wings, my anchor and my rock. 😘