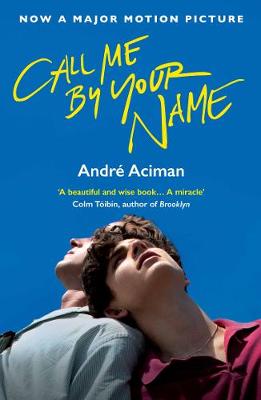 I’ve always believed that a book’s power lies in its ability to make it’s readers feel. As someone who’s been both an avid book reader and an extremely emotional person all my life, feeling for the stories I’ve read has never been a problem for me. Its probably why I spent my first 10 years as a reader reading romance novels because they always guaranteed a happy ending; they were probably so far off the mark as far as realism is concerned, but they were relatively painless and angst-free.

This book is not painless and angst-free.

I’ve never read any book where I spent the first three chapters with a hand over my heart because it was throbbing so badly from feeling too much and because I was relating too closely to a character. I was probably twenty pages into the book when I started questioning my sanity for voluntarily subjecting myself to the kind of reading experience that exposes far too many truths about my own self and my own experiences.

Elio and Oliver meet when the latter spends the summer at the former’s villa in Northern Italy (his parents usually adopt graduate students over the summer). Elio becomes infatuated with Oliver even before he consciously realises it. It first came on as a desire to please, then later this need to be around another person all the time, as if you might die if you’re not within their orbit or if you can’t keep them within your sight at all times. It then turns into an all-consuming infatuation, even something that can almost be mistaken for love.

I am not a good enough writer to even come close to giving this book a fitting summary. All I can really say is how it made me feel. And I’m sorry, I don’t mean to take away from whatever message this book is intended to convey about love being love no matter what; I also don’t meant to disregard how important works like these are to the LGBT community (of which I am an avid supporter). But I mean it as a compliment of the highest order when I say that while I was reading this book, I completely forgot that I was reading about two guys who are discovering that everything they knew about themselves may have been a lie. All I knew was that I was reading about and relating to two people experiencing love, and all the joys and aching sorrow that comes with it, for the first time.

I was watching a video on YouTube where the actor who plays Elio was giving an interview and he says that this story, both book and film, transcends gender issues and will mean different things to different viewers/readers. And therein lies the magic of it: It becomes one thing or another depending on who watches it. Yes, its very much a thousand steps forward in terms of gay cinema/literature, but for me its simply a love story. You don’t have to be straight, gay, bi or trans to relate to this story, you just have to be human.

There’s one more thing I want to say before I end this review:

Memories are a powerful thing; they sneak up on you when you least expect it, and they surprise you with how much you can still feel even after so many years have passed. This book reminded me of two things: the first time I ever gave my heart to someone, a long long time ago; and the first time I’ve ever felt the pain of saying goodbye to someone that I knew I could have loved if we only had more time. Both were experiences that, if you ask me, I’d really rather forget because they just hurt too much. I think I pushed those memories aside so that I could have the strength to carry on with the business of living. In the process, I also probably closed off a vital part of myself without knowing it. You believe a little less, and doubt a little more because your heart’s been bruised before. I think now that I may have been wrong about that and so many other things. As Elio’s father says towards the end of this book:

We rip so much of ourselves to be cured of things faster than we should that we go bankrupt by the age of thirty and have less to offer each time we start with someone new. But to feel nothing so as not feel anything – what a waste!

I highly highly recommend this book. Five stars, applause and a 10 minute standing ovation. Click on image below to buy on Amazon!