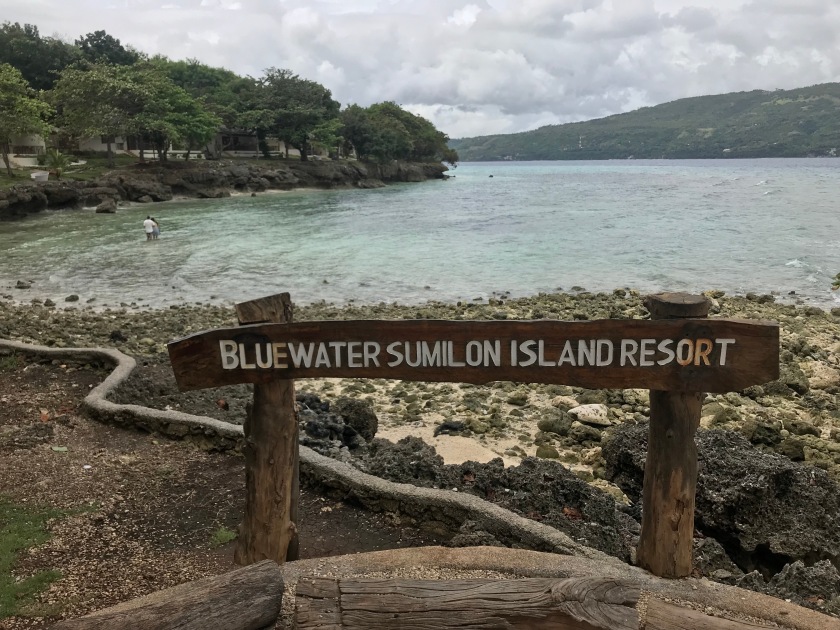 I’ve recently come back from a much needed holiday in the Philippines and despite the weather’s best efforts to curtail my fun, I managed to stick an island getaway for myself and my entire family to Sumilon Island, which is part of Maribago Resorts Group.

Word to the wise: if you’re booking from outside of the Philippines, be warned that you may have to pay international rates, especially if you’re booking through websites like booking.com. If you have friends or relatives who can book for you from within the country, it might be cheaper to book via that route. There’s a substantial difference between local and international rates, plus, if you’re travelling with someone who’s got a senior citizen card, you may also get a discount.

Sumilon Island is a great alternative to the usual beach resorts scattered all over Cebu because it provides more activities than just swimming and lounging by the pool. My dad is not a big fan of swimming. I spent a small fortune on an overnight stay in Shangri-la Resort last April and he didn’t even so much as dip his toes in the water. He said he was basically there to enjoy the view so this time around, I really made the effort to find a resort where he can have his bloody view but where there are also activities for him to do.

Sumilon Island is accessed via pump boat from the port of Oslob, which is in the southern part of Cebu. This port is close to where the famous whale-watching site is so that’s also something you can do while on the island or on the way to the island. Transportation details can be found on the website but if you and your group are thinking of driving like us, free overnight parking is one of the perks that comes when you book a room with the resort. You can also hire a private van or simply head down to the South Bus Terminal for easy transport to Oslob. 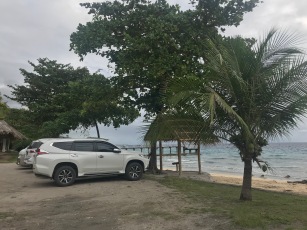 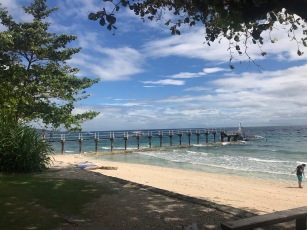 The dock at Oslob port 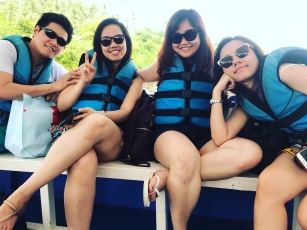 My siblings and my cousin on the boat 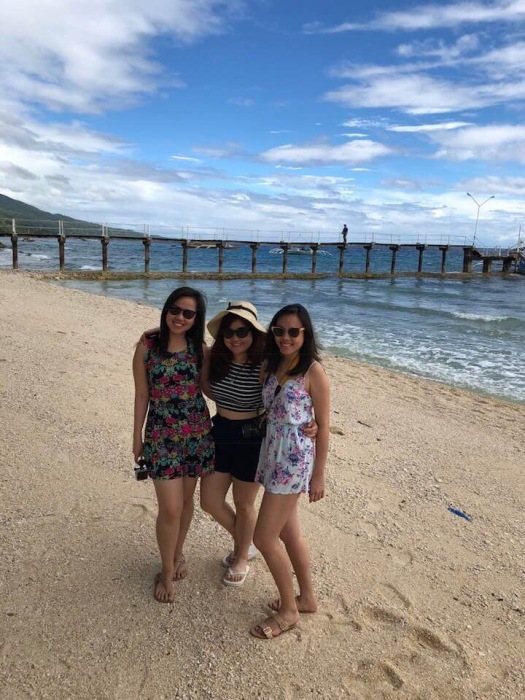 Tres Marias at the dock

We booked the Premier Deluxe rooms which will only accommodate two adults and two children. Now to be honest, in some resorts its easy to get around that rule because the staff usually don’t notice that there are extra adults hanging around and waiting while the “official” guests check in. However in the case of Sumilon they make it mandatory to sign in everyone who’ll step on that boat on the way to the island, so they will know exactly how many people are with you on the trip. We ended up paying an extra 16,000 php for 4 extra people, but at least that came with free dinner and breakfast. Its not a bad deal but it is a hell of a lot of money.

The island itself was beautiful. It just took my breath away really. 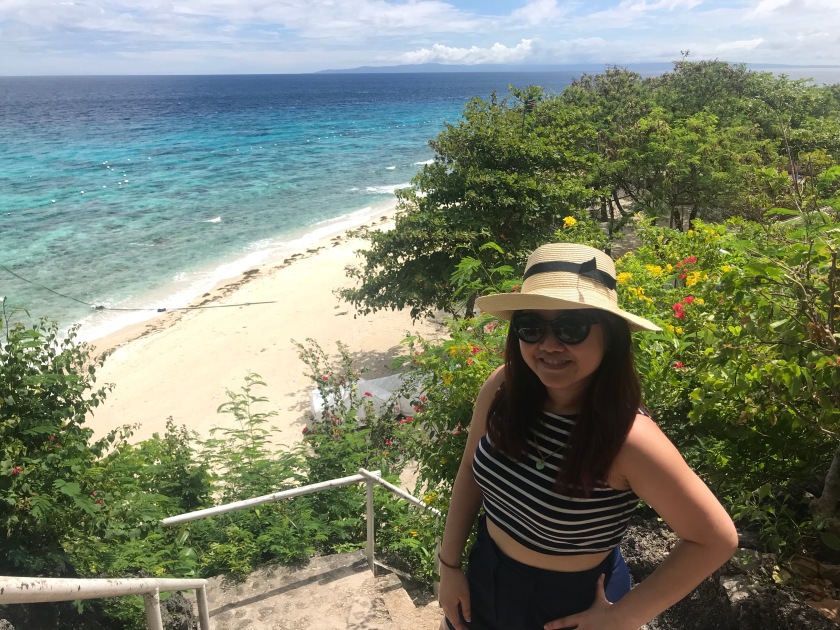 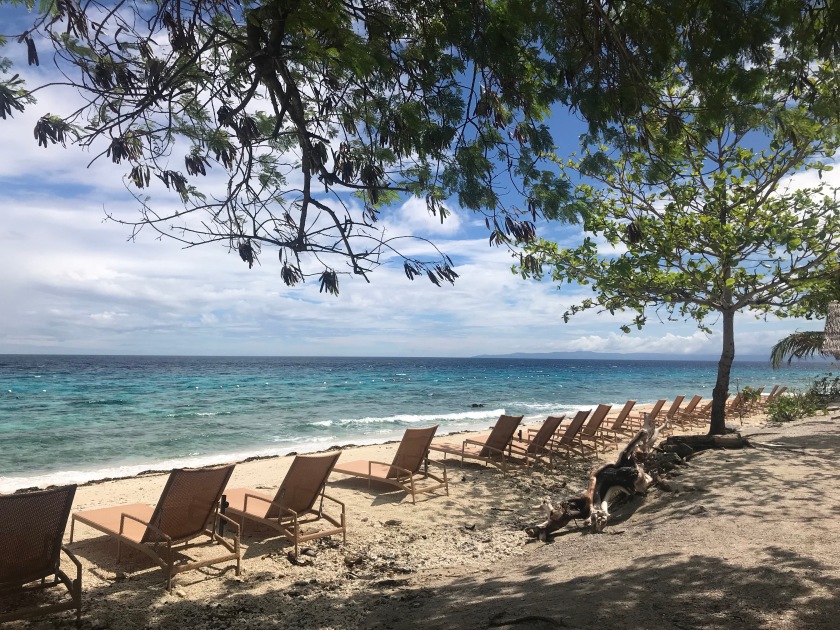 Like I said, there’s loads of activities to do if you don’t want to go swimming. They have a lagoon where you can feed the fishes, do kayaking or boat pedalling. They also have trails for trekkers of all levels (beginner, moderate and advanced), and during this trek you’ll get the chance to see the lighthouse or “parola” . We were a bit disappointed when we got to the lighthouse and realised you can’t actually climb the darn thing, but it was good exercise. You don’t even have to worry about what you’re wearing (or not wearing) when you go on the trek; for the beginner’s trail you’re perfectly able to get through it even if you’re wearing beach shorts and slippers. 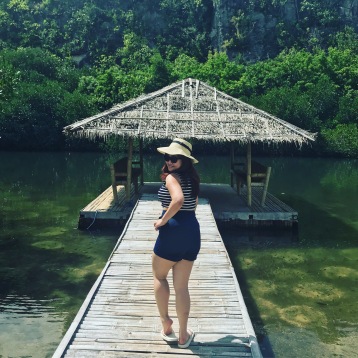 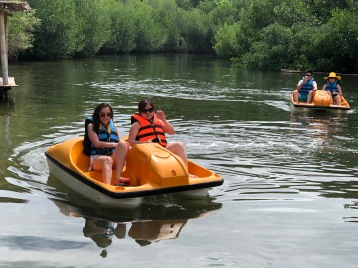 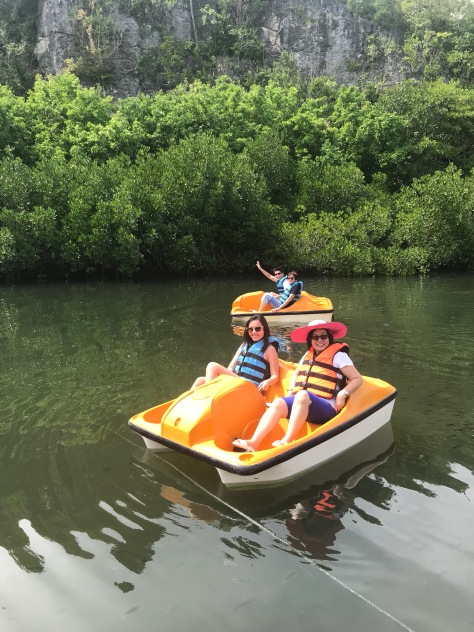 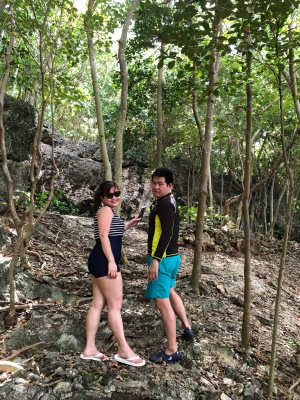 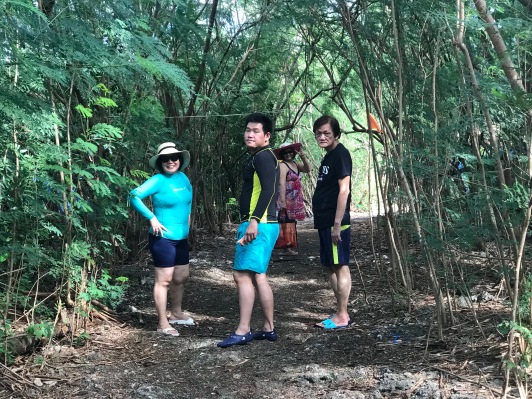 They also offer a bike trail as an alternative to the trekking although we didn’t have enough time to do that. For safety reasons, all the trekking and biking activities as well as the main beach have to be closed by 5pm so we decided to spend the rest of the afternoon swimming by the sandbar instead. If you book a room you actually have direct access to the sandbar via the coastline if the tide is low enough, but the afternoon that we were there the tides were too high for us to go via that route so we had to take the longer route instead. 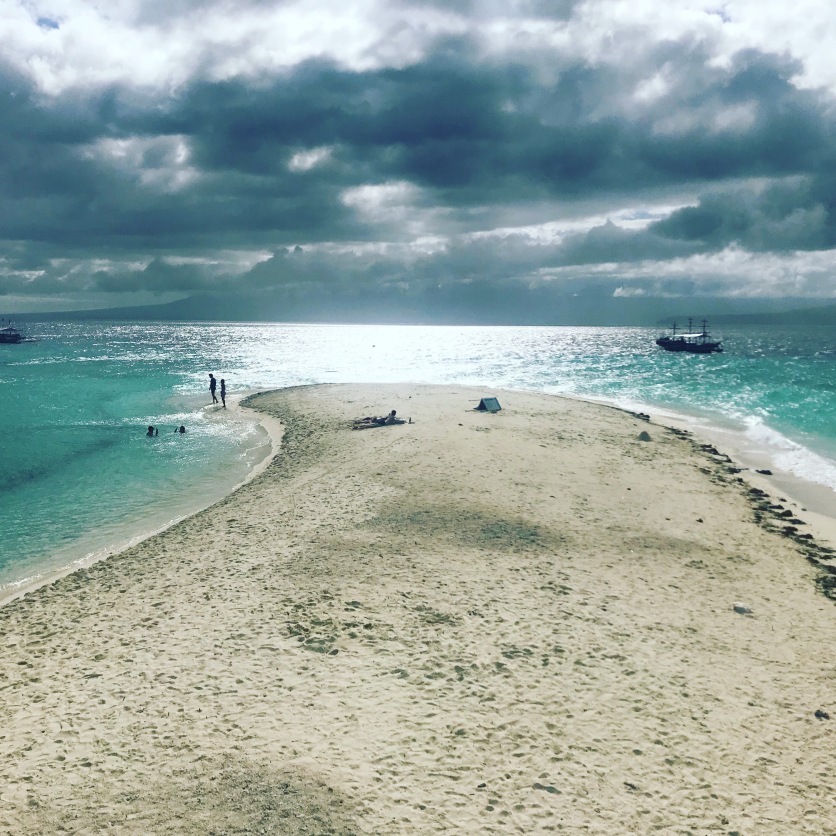 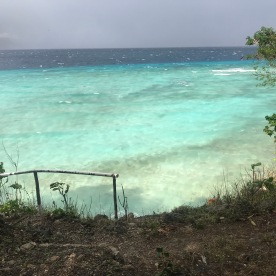 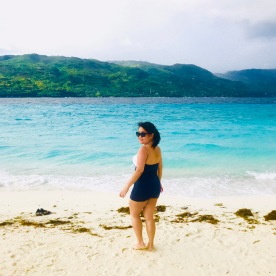 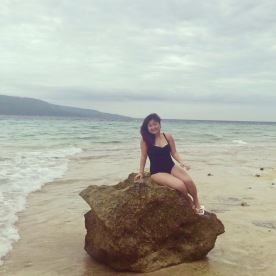 The sandbar was absolutely divine, despite the fact that we were bracing ourselves from the really strong winds coming our way that day. If you’d rather not swim on the actual beach, the resort also has a stunning infinity pool near the reception area. The pool was actually smaller than I expected, which tells you that photos can be extremely deceiving.

Dinner was served at around half past six and though I wasn’t overly impressed with it, i didn’t think it was that bad. I think at that point I had been over-saturated with native Filipino food from the endless rounds of catching up with friends over restaurant dinners,  that I was really just craving something different like sushi. But of course, this is a resort that seeks to provide an authentic island experience so they served – what else? – Filipino food. They did have a pasta station though but I thought I’d better steer clear of that if I still wanted to look good in my swimsuit the next day. 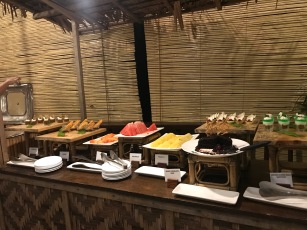 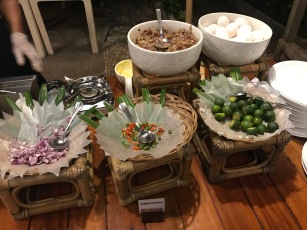 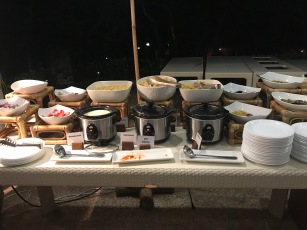 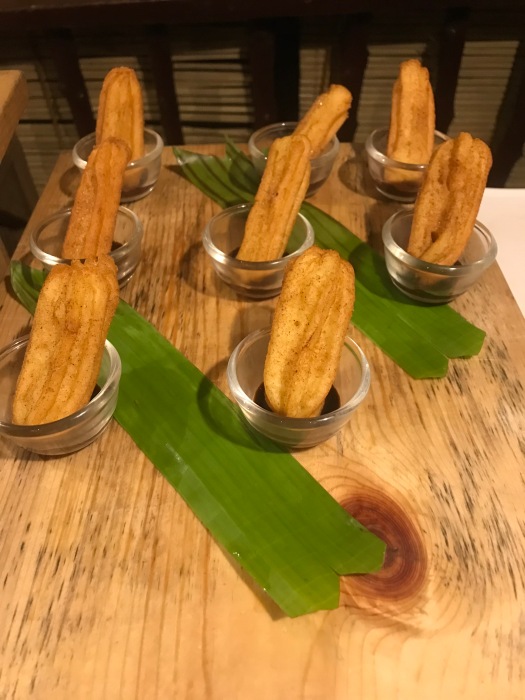 There aren’t a lot of late night entertainments around the island; there was no dancing to be had. I actually got the feeling that this resort catered more to honeymooners than family outings. My siblings, my cousin and I did have a round of drinks by the bar but we  soon decided to go to our own room with the idea of finishing the two bottles of mojito we had sneaked in to the resort. We underestimated just how much the day’s activity had exhausted us however, and my cousin had come straight off a night shift, so actually I was asleep as soon as my head hit the pillow.

We woke up early the next day so that we’re able to swim and explore a bit more before breakfast and check out (which was at 11am). Breakfast was served at around 7, and I actually thought the breakfast buffet was much better than the dinner buffet. The staff were also incredibly accommodating. My aunt was suffering an upset stomach over something she ate the day before and we asked the chef if he could whip up some porridge or chicken arroz caldo for her, and even though it wasn’t part of the menu he was able to accommodate our request. The island transfer and transportation services were also really good. They were on time, they assisted us with all our bags and they were sticklers for safety.

All in all we had a really great time. It was worth the really long drive – Oslob is almost 3 hours away from the city; there was something for everyone and most of all, I cherished the opportunity to have fun with everyone in my family; who knew when my sister and I would have the opportunity to both come home at the same time again? I did find myself thinking I’d love to come back to the island again, but this time with “the one” by my side. Oh well, crazier things have happened.

One thought on “The Great Island Escape”