Well, I suppose they can’t all be masterpieces.

Although I’ve only just recently started plowing my way through her massive body of work, I’ve been a fan of Ms. Christie from the moment I cracked open my first Hercule Poirot mystery.

I think she is a true master of the crime/thriller genre, and she manages to tell a tale without having to turn a book into something you can pound a nail with. I was very impressed with ‘And Then There Were None’ and ‘Murder at the Orient Express’, and just last month I saw ‘Witness For The Prosecution’ at the county hall with my sister and was blown away by a plot that was deceptively simple but in actuality layered and intricate.

So I had really high expectations for this book. I mean, the premise was promising and characteristic of some of her great works. A woman murdered at her family home, a son accused of the crime and sent to prison, and a last-minute witness that gave evidence to the fact that the son was sent to prison for a crime he never committed.

All very gripping, presumably. HOWEVER, I found myself increasingly frustrated as the book went on for several reasons which I will try to enumerate in this post. First of all, I found it ludicrous that a stranger would ever be given license to investigate a murder when he had no jurisdiction, experience or even any sort of ties to the family. I mean, really, what business was it of his?? The witness/protagonist in this book toed a really fine line between good samaritan and busybody.

Secondly, I know that having people trapped in one setting and unable to escape each other’s company is a hallmark of her work. BUT. There was something about this plot that felt almost recycled to me. Maybe its pure coincidence and stems from the fact that the last five books of hers that I’ve bought were all relatively similar plot-wise, but while reading this book I found myself thinking that I’ve read this all before.

Thirdly, my God, towards the end of the book I just wished she’d shorten the length of the novel rather than subject us all to the needless repetition of facts that we ALL ALREADY KNEW. Like, all the clues were explored and thought over by so many characters; random people were examining the murder from all angles in several different chapters and at that point I just wanted to throw my hands up and say, OKAY, I GET IT. THESE ARE THE FACTS. NOW SOLVE THE MYSTERY ALREADY.

And then when the mystery was solved, it was such a bloody letdown. After all the build-up, the twist almost felt like an anti-climax. I mean, okay, a part of me thought it was really clever and I can see how Agatha Christie has influenced the murder mystery genre because I felt like I’ve seen this twist in an episode of Castle or some other tv crime series. I suppose I just didn’t warm up to how this story was told, which is a shame because now that I think about it, it was actually quite a good story.

So there’s a BBC adaptation of this starring the incomparable Bill Nighy that I’m hoping would be better than the book. Maybe this is a plot that works better as a live action tv series rather than a book? I don’t know. I feel like I’VE just committed a crime by giving an Agatha Christie book a bad review but I have to be honest. 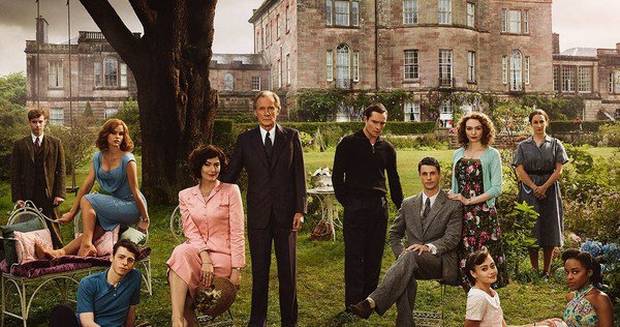 Hopefully, the next three books I have lined up will be better. Maybe I should stick to the Poirot or Miss Marple mysteries.

Anyway, I would love to hear what you all think. If someone can tell me how the BBC production is, I’d appreciate it!