Ordinarily, after a long and tiring day at work I would go home, feel frustrated and maybe post some deliberately vague status on Facebook about not letting the world get me down or shaking it off or something equally cliche. Now, I want to channel all that into a positive mental activity by making a list about how I can avoid work-related stress. I’ll post it on my blog so that I can remind myself of it the next time I have days like these and maybe help others out when they too have need of such a list. So, here’s some of the things that I compiled in my head as I was walking (tired and hungry, I might add) home from work:

I tend to dwell on things that have frustrated me throughout the day.  I have to learn to JUST. BLOODY. LET. GO. Yes, I can air out my frustrations, but I shouldn’t really be bringing  them home with me. Leave work at work. Furthermore, I need to remember that every day is a chance for a brand new start, a chance to change things if I really feel like there’s something that needs to be improved. I shouldn’t go on and on and on about something that happened last week; that way lies madness, and its very unproductive. Like I always say, if people were more proactive and less reactive, we would have more doers than whiners.

I always thought that if we walked a mile in one another’s shoes we would be rushing to go back to our own. It’s easy to be caught up in another person’s weakness, or complain about someone not doing his or her job, or maybe complain that someone on the top of the food chain has forgotten what it’s like to be on the bottom. HOWEVER. I am of the opinion that we all could be a little more understanding of one another. Colleagues especially should learn that just because someone isn’t doing something the way you would do doesn’t mean they’re not trying their best. We should also remember that other people are facing pressures that we know nothing about. Managers don’t always know what its like to be on the shop floor working your ass off, whereas people on the shop floor don’t always know the sometimes near-desperate measures that managers have to resort to to keep things afloat. So have some perspective and put yourself in the other person’s place before you react.

Do not speak up when you’re angry

This is something my boss taught me. If the situation has escalated to a point where you are too involved and too emotional, chances are you will say things you might later regret. So if you’re feeling particularly upset (and the situation isn’t an emergency or something) walk away and come back when you’re calmer. You’ll find that you’ve gained just a little bit more clarity and perspective in the 5 minutes that you took to cool off. If you speak everything that’s on your mind in the heat of the moment, you’ll probably get instant satisfaction, but at the expense of your relationship with the other people involved in the scenario, and that will just lead to more stress. However, if you do speak up…

I can be something of a pushover. I really should learn to say no, or to stop being such a people-pleaser. If there’s something I believe in, or something I see that I know isn’t right, I should speak up. If I’ve stated my opinion or position about something, I should learn not to waiver at the first sign of dissent, especially if I know I’m right.

Do not take on the problems of the world

Take responsibility only for the things that you are responsible for. I have this tendency to want to solve all the problems at work, and while that’s a noble aspiration its also a naive one. The problems of your workplace are bigger than you, you can only do so much to contribute a solution. At the end of the day, its enough that you’ve done your best. My boss tells me that when things aren’t going right, my default thinking shouldn’t be “what did I do wrong?” or “what did I fail to do?”. Instead, I should make a mental checklist of the things that I DID do, and yeah, maybe other things might have been missed but the important thing is that you tried.

Trust, develop and work with other people

I really dislike working with people who have a superhero complex. It’s like they think they’re the only ones who can save the day. Sometimes they make others look bad just so they can swoop in with a solution and make themselves look good. I think that’s wrong, and I don’t think that reflects very good teamwork. I think that if everyone on the team does well, it reflects on the whole team. 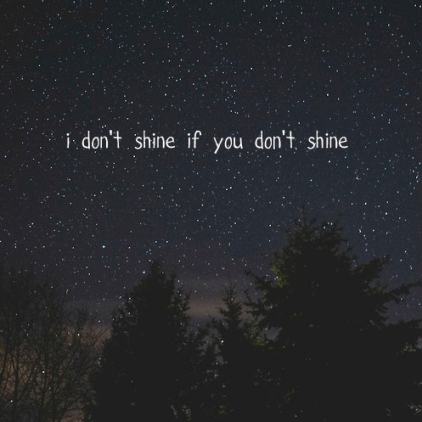 I also think that if you constantly put yourself in the position of knowing all the answers, you put so much pressure on yourself. Whereas if you take the time to teach and develop other people, not only will you have helped someone else out, you’ve also helped yourself because the next time there’s a problem, there’s someone else you can rely on.

I have to put this on the list simply because I know for a fact that I am not a nice person when I’m hungry, have skipped a meal or have not eaten way past 8pm for dinner. I know people in general tend to not be at their best when their blood sugar is running low, but man, I have had moments when I was really stressed and hungry that I am ashamed of. I have been known to bite my friends’ heads off; I become impatient and maybe just a little unreasonable. So this is really a priority for me.  Having said that, next on this list is…

I am a stress-eater. I am not proud of it, but I am. When I’ve had a particularly stressful day, I order Chinese food and just binge-eat dumplings while watching Netflix. I wanted to cry when my workplace took out KitKat bars from our vending machines because they went on a health kick, because sometimes those KitKat bars are the only standing between me and the loony bin. Anyway, I need to rewire my brain and somehow not connect food with comfort. I am now on a mission to STOP turning to food when I’m stressed.

There is no problem at work that can’t be made just a little bit more bearable by Taylor Swift. Or any music really. When I got home today, while waiting for my Japanese takeaway, I logged on to Netflix and watched Pitch Perfect 2 and just sang along to the songs. Go to Spotify and you’ll find plenty of playlist to boost your mood. I myself have a few guilty pleasures playlist that I listen to when I need a quick pick-me-up, it may or may not include MmmBop. :p

This is probably the most important. I went through a phase where I was spending probably 50 hours a week at work and at the end of two such weeks, I felt like I barely knew myself. I had the sudden realisation last week that I’ve let a lot of my hobbies and passions go because I was too caught up with work; I’d stopped trying new things and pushing myself to do something I’ve always been afraid of because I was too busy training the next big thing in orthopaedics (insert eyeroll here). I made a promise to myself long ago to never become the kind of person who is defined only by her work. So that’s why I’ve decided to go back to blogging, to running, to working out and finding other things to be interested in. I am more than a nurse, more than an educator, I am a well-rounded (sometimes literally well-rounded) person with lots of other interests.

What are your suggestions for relieving stress? I’m sure there’s a lot of other ways out there that work for other people and I would love to hear your thoughts. Cheers, blabbaholics!