Ah, the joys of de-stressing over food on a Friday night. After a really long day, I went to dinner with my sister and a couple of friends to an unknown (unknown to me anyway!) place near Euston called The Roti King.

I have to admit to being a bit skeptical at first. I’ve never really been fond of Malaysian food, apart from nasi goreng. But I am also the kind of person that is easily swayed by good advertising and believe me, the really long queue outside the restaurant was as good an ad campaign as any.

We must have waited about 90 minutes just to get into the restaurant. They had a really small space, I don’t think they could have sat more than 30 people at any given time. So top tips if you want to try this restaurant?

Anyway, we finally got in around 8:30 and by this point the savoury smell was really getting to my stomach. I was so so hungry (so what else is new) that I just rattled off appetizers straight away. Roti to me is like a softer version of nan bread, or the malaysian equivalent of crepe. We ordered roti with spinach and cheese, roti special (this comes with either chicken, fish or lamb curry sauce) and the chicken murtabak which is roti with chicken and egg filling. 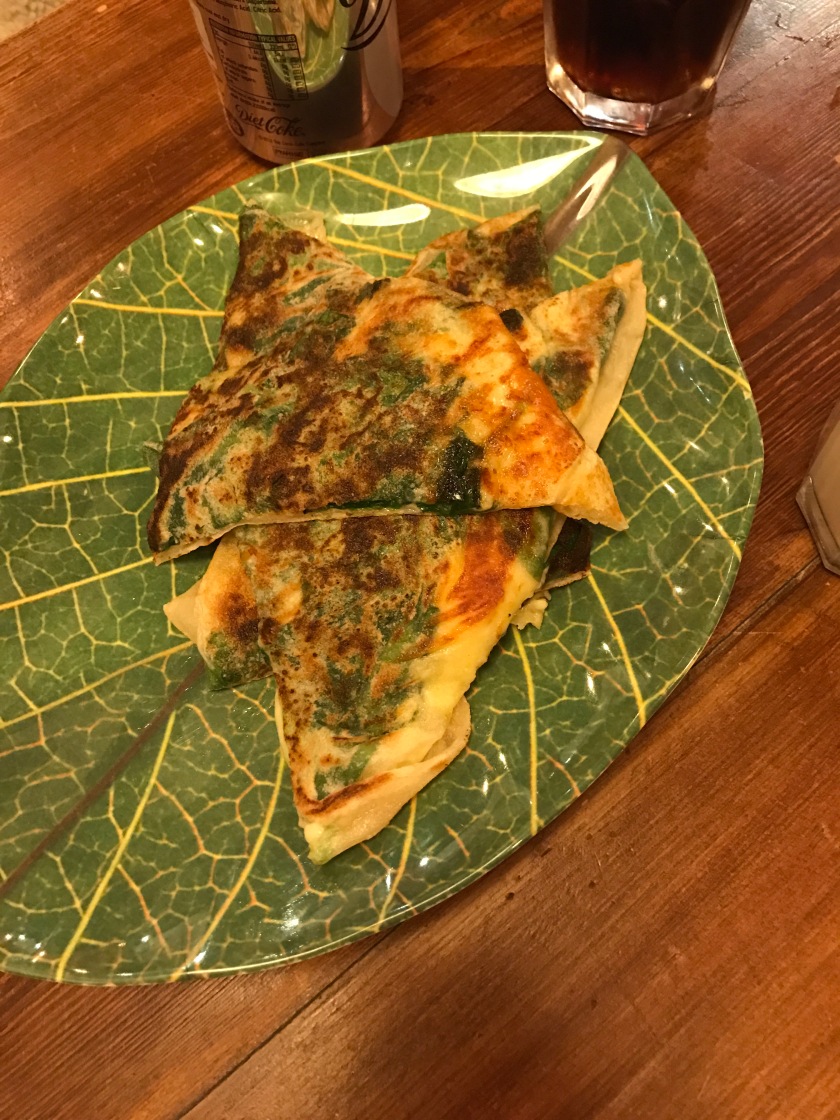 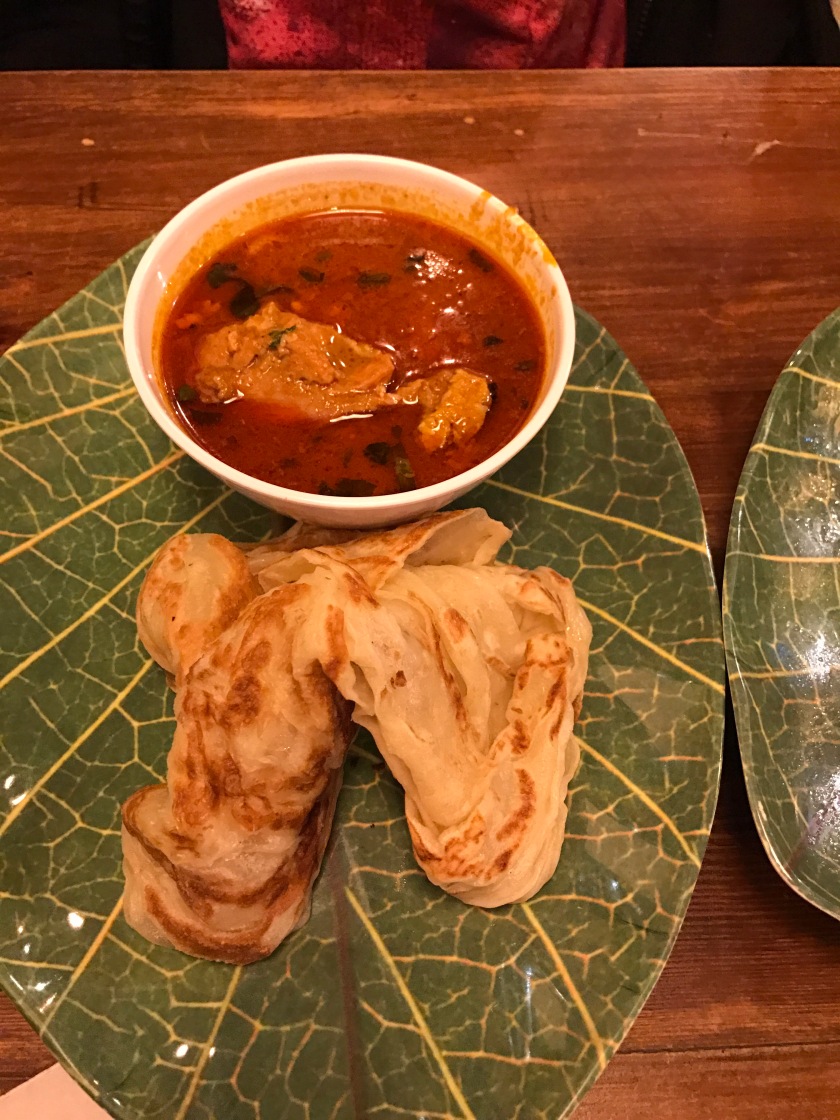 The first two were awesome. The last one was a bit bland and really filling, especially since we still ordered mains. I think if we ever go back there again, I’d order more of the roti with chicken curry. It was just so so good, my mouth is watering at the memory.

So, with the mains I would recommend sharing. We didn’t anticipate the portions to be as big as they were. I also didn’t anticipate how spicy the dishes would be which was stupid of me seeing as the dish I ordered had a big red S (for spicy) beside it. I am not known for my tolerance for spicy food so for the life of me, I have no idea why I ordered the sambal fried rice. Sambal literally means chilli-based. We are talking about rice that was probably cooked in chilli! It was so spicy that the first spoonful had me reaching almost immediately for my glass of diet coke. 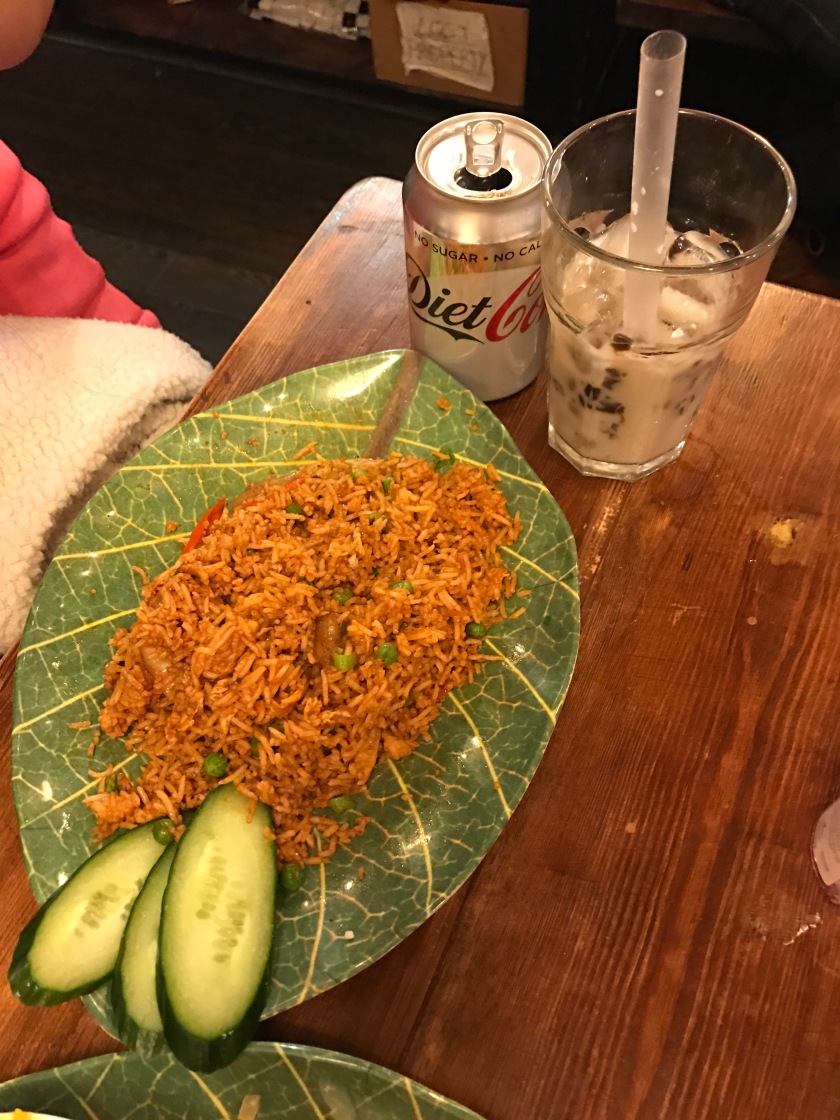 Tip: My friend Angelica recommenda getting the soya milk to counteract the effect of the spiciness. I never knew that. Unfortunately, the only thing I tolerate less than spiciness is soya milk. Ugh.

It was incredibly delicious despite that though. I didn’t finish the dish because there’s only so much spice I could take so my sister swapped plates with me and I was able to try her flat rice noodles instead, called char kuey teow, also really really good. I forgot to take a photo of it but its almost similar to the one below except that they used flat rice noodles intead of canton and I’ve always loved flat rice noodles, or ho fun as the Chinese call it.

All in all, I give this restaurant a 4 out of 5 rating. It was good and it was cheap. With the amount of food we had we only paid about 14£ each and we would have paid less if we thought about sharing instead of ordering one dish each. As it was, we ended up asking them for a box for our leftover.

I would definitely recommend this place if you’re looking for authentic food and like us, you’ve spent a little too much this month and payday seems ages away.
Cheers! x